Five Indians that are guaranteed medal-winners at Tokyo 2020 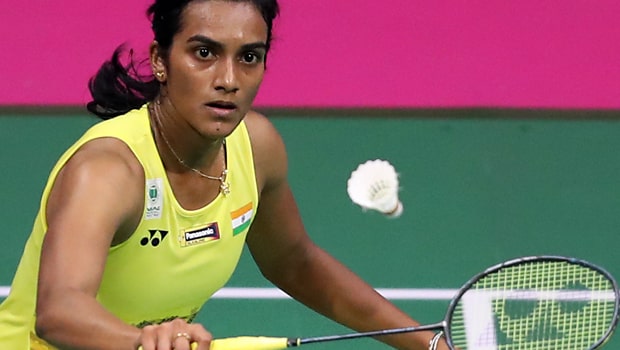 With just 301 days (As of 27th September, 2019) – checkout latest badminton news. left till the cauldron at the Olympic Stadium in Tokyo is lit, marking the start of the world’s sporting spectacle, the Olympics, the odds of Indian glory at the showpiece event are brighter than ever. The nation’s finest are no longer the perennial underdogs but have elevated themselves to the pinnacle of their sport.

India’s best ever showing at the Olympics came at London 2012, where eight athletes returned home with medals around their necks, however, the performances of those that have booked their berth for Tokyo 2020 promises to surpass that mark. While there are no guarantees in sports, some athletes are a cut above the rest and are seemingly close to being one. Here are the nation’s brightest hopes of a medal at the Olympics:

Few Indian athletes would be as anxious as Pusarla Venkata Sindhu will be for the Olympics, as she aims to go one better in Tokyo than she did in Rio. Sindhu has been a consistent performer at the top level and has the hardware to show for it. After falling short at the World Championships in 2017 and 2018, she got the monkey off her back with a dominating victory in the final in 2019 to win her first world title. She captured a silver and a gold at the Commonwealth Games in 2018 in the women’s singles and mixed doubles category, consistently bringing her A-game at the biggest event. No tournament win will be as big as a gold at the Olympics and the reigning world champion will settle for nothing less than a spot at the top of the podium.

At just 17, Manu Bhaker is already a force to reckon with. The Haryana-native is already a serial winner and will be one of the favourites to win a medal in Tokyo next year. The teenager made headlines when she won nine golds at the Nationals in 2017 before showcasing, she’s no slouch against the best the world had to offer. At the ISSF World Cup in Guadalajara, Mexico, Bhaker beat two-time winner Alejandra Zavala to become the nation’s youngest World Cup winner. She’s also won the 10m mixed title at that very event and has since won gold at four separate World Cups in that category. She also won a gold at the Commonwealth Games in 2018 in the 10m air pistol category and will certainly be a favourite to do so in Tokyo.

Like Bhaker, Chaudhary, too, is a 17-year-old prodigy that has already had an ungodly amount of success for someone his age. The boy from Meerut has had a terrific year and has won seven medals at the ISSF World Cup events, six of which have been gold. He won the 10m air pistol shooting title as well the mixed team event in New Delhi, before adding another to his solo title in Munich and two more in the mixed team event in Beijing and in Rio. He was also a gold medalist at the Asian Games in 2018 and is a serious contender for not one, but two medals in Tokyo.

Sister of Geeta Phogat and Babita Kumari, Vinesh is one of India’s most decorated wrestlers of the past decade and is a serious contender to win a medal at the Olympics. The 25-year-old has won gold in each of the past two editions of the Commonwealth Games and also won gold 2018 Asian Games in Thailand. Here most recent bout saw her capture her first medal at the Wrestling World Championship in Nur-Sultan, finishing with a bronze to her name. A medal in Tokyo will not only be a historic feat, but will also be redemption for Vinesh, who had to bow out in her quarterfinal bout at the 2016 Olympics owing to a devastating ACL tear.

A superstar in the world of amateur wrestling, Bajrang Punia will settle for nothing less than gold in Tokyo. The 25-year-old has been a consistent winner since 2013 and will hope to cap off his amazing recent form into a gold medal in 2020. Punia has won a silver and a bronze in his past two appearances at the Wrestling World Championships in 2018 and 2019, respectively. He improved on his silver medals at the Commonwealth and Asian Games in 2014 by winning gold at both events four years later, before capturing another gold at the Asian Championships. Punia is among the nation’s top athletes and is the prime of his life. And while his resume boasts of some highly impressive feats, it still lacks a medal from the Olympics and Punia is primed to change that in Tokyo. Read more Indian badminton news.