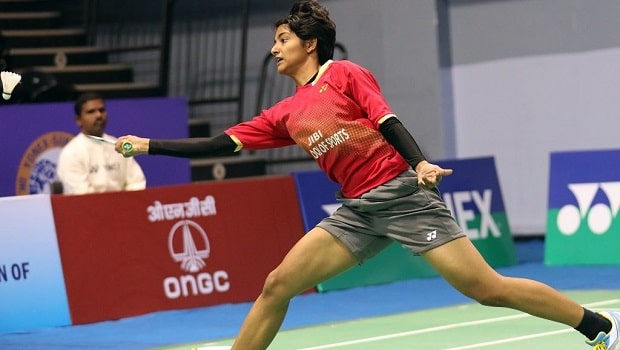 Indian Shuttlers Mugdha Agrey and Malvika Bansod got to a brilliant start in Bangladesh International Challenge Badminton tournament in Dhaka on Wednesday.

Mugdha, who was seeded second, defeated Fathimath Nabaaha Abdul Razzaq of Maldives 21-14, 21-11, in twenty-five minutes. The Indian star who is ranked no.69 in the world started slowly, but as the match continued, she dominated her opponent ranked 290th in the world.

The 20-year old Mugdha will face her Indian counterpart Purva Barve. The teen from Pune who’s 919th in the world ranking has surprisingly shocked former national women’s single PC Thulasi 21-9, 21-16 in thirty-two minutes in the first round.

Malvika Bansod kicked off her campaign in style, as she quickly dispatched Alina Sultana 21-7, 21-10 in twenty-three minutes in the women’s singles first round. The way and manner in which she displayed her array of strokes from the beginning were brilliant as she was ruthless on her opponent, giving her little or no chance whatsoever to enter the second round.

Malvika ranked 184th in the world will face Iris want of USA seeded third in the second round. She will now have to be at her very best to meet American Iris Wang, ranked 67th in the world. Wang also edged her Indian counterpart Gadde Ruthvika Shivani in the previous round 21-19, 19-21, 21-14, in 55 minutes on Wednesday.

This will be the first meeting between Malvika and Wang on the international scene. It remains to be seen how she [Malvika] will put herself in a strategic position to fight the American.