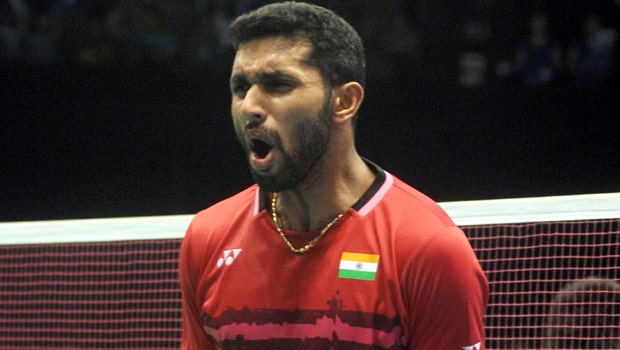 Indian experienced shuttler HS Prannoy who has had a rough couple of years fought his way back to form at the World Championships where he reached the quarterfinals. Prannoy recently in an interaction credited the positive energy among the Indian shuttlers as a major reason for his come back.

“The urge to train every day is very important and for that the friendship between the Indian players helps. Our batch has been really good, we respect each other. Nobody has grudges against anyone. As players, we are able to keep the friendship intact and switch on the court and off court really well. I’m one guy who just keeps having conversations with everyone,” Prannoy told The Bridge.

The 29-year-old shared how he tricked double Olympic medallist PV Sindhu in one of their training session. The veteran shuttler came up with a trick shot which even Sindhu had no answer during their sparring session. Prannoy feels that the energy and excitement during training and while playing PV Sindhu is some totally different.

“PV Sindhu is one player who puts her 100 percent whenever she’s on the court. She always loves training and never cribs about it much. And whenever we play, it’s important to make interesting and energetic decisions,” Prannoy added.

Despite all the hullabaloo, Prannoy feels that he could have done a lot better at the BWF World Championships in Huelva, Spain. He felt that the draw did not make things easy for him either as he lost to eventual winner Loh Kean Yew of Singapore in the quarter-finals.

“Last few months were not bad, it was decent. Wanted to play a few tournaments where I could go deep till the quarter-finals. I would have loved to play at least one semi-final but then that’s how things are sometimes,” he said.

However, Prannoy did look at the positive side of the things as he felt that defeating Viktor Axelsen at the Indonesia Masters was a confidence booster for him. “You might get tough draws at times but I think it was promising to have a couple of good victories under the belt, especially starting from Indonesia Masters, beating Viktor (Axelsen) gave a lot of confidence.,” Prannoy concluded.

The performance at the World Championships is definitely a positive sign for Prannoy as he looks to make an impactful comeback and help the Indian contingent with more accolades in upcoming tournaments.