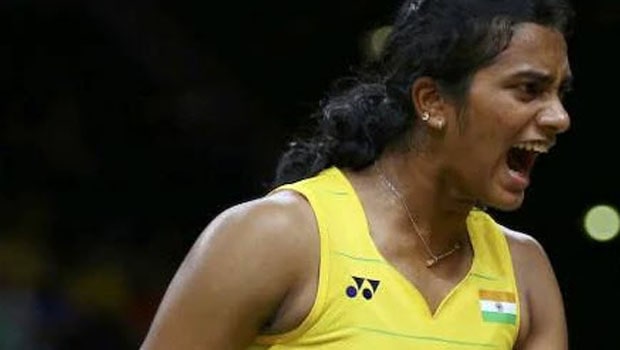 It has not been a great day for Indian Badminton as both PV Sindhu and Kidambi Srikanth gave valiant fights before losing out their opening clashes at the BWF World Tour Finals on Wednesday.

After a demoralising exit at the Thailand Open quarterfinals, Sindhu gave a great account of herself against World No. 1 Tai Tzu Ying of Taiwan. She looked much improved in this match where he lost  21-19, 12-21, 17-21.

“It was a good match, there were no easy points. In the third game, I came back and it was just one point difference at one stage. I broke my racket strings twice (during rallies) and that made a difference,” Sindhu said.

“It’s a tough group. I have to give 100 percent. Tzu has been a thorn in her flesh as she has beaten Sindhu 16 times out of their 21 meetings.

Former World no.1 Srikanth also lost the same way after having a game advantage he failed to convert it into a win. It was a long and exciting game as he went down against World no. 3 Anders Antonsen from Denmark 21-15, 16-21, 18-21 in a match that lasted 77 minutes.

The tough come thick and fast for the Indian duo as the World Champion will face against Ratchanok Intanon in her next match. Intanon is the home favourites to lift the prestigious trophy and has also beaten Sindhu last week at the Thailand Open. So the onus will be on Sindhu to pick herself up and make amends for that defeat. While the matches don’t get easier for Srikanth as well as he faces fourth seed, Wang Tzu Wei of Chinese Taipei, on Thursday.

Coming to the Men’s singles, Srikanth started his match really well with some great strokeplay as he had the early upper hand but Antonsen came back to equal it at 13-13 but another surge in points for Srikanth saw him winning the first game. However the Danish shuttler came back roaring and dominated Srikanth in the second and while he was down on morale, he wrapped the match up with  21-15, 21-16, 21-18.