Home » Badminton » Indonesia Masters: PV Sindhu and Saina Nehwal likely to meet in the second round

Indonesia Masters: PV Sindhu and Saina Nehwal likely to meet in the second round 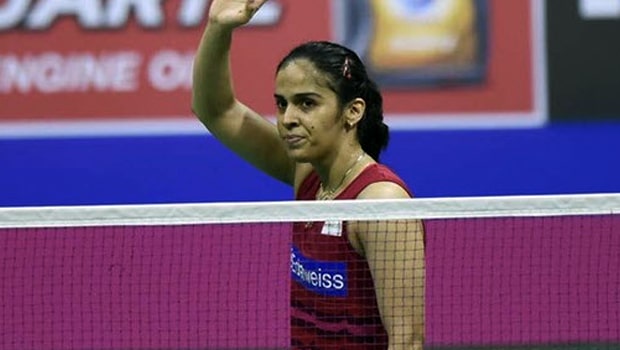 There are expectations that there will be a possible clash between Olympic medalist winners Saina Nehwal and PV Sindhu in the second round of the Indonesia Masters Super 500 tournament, which began on Tuesday.

Title-holder and World champion Saina had an impressive outing in the season opener of the Malaysia masters before their run came to an end in the quarterfinals with straight games losses, and the duo will need to up their game if they want to put an excellent show this week.

Sindhu, on the other hand, is looking forward to discovering her form after losing to Chinese Tapei Tai Tzu Ying 16-21, 16-21. Sania, who lost to former world champion Carolina Marin of Spain 8-21, 7-21, will hope to get back to her best.

PV Sindhu, who has seeded fifth, will face Japan’s Aya Ohori, whom she beat last week in the second round. In contrast, Saina will face another Japanese Sayaka Takahashi in her opening match.

The expectations for both Indian shuttlers will be high as they seek to overcome their respective first-round opponents in what will be their fifth involvement in the international stage.

Sindhu, who is considered as a respected opponent in world badminton, has an a1-3 record against Saina, who has always had the edge over her younger fellow countryman.

All four matches between these two have always ended in straight games, while Sindhu has defeated Saina in a few times in the Premier Badminton League. She [Saina] has unexplainably suffered low moments against her senior opponent at the international stage, where her last loss was at the 2018 Commonwealth Games final.

Kidambi Srikanth, who was among other Indians who exited in the first round of the Malaysia Masters, will begin his campaign against Indonesia Sgesar Hiren Rhustavito.

The other games in the tournament will for the Indians be Sai Praneeth facing Chinese Shi Yu Qi.

Satwik and Ashwini vs. Sam Magee and Chloe Magee