Malvika Basnod gets full backing in development of her Badminton Career 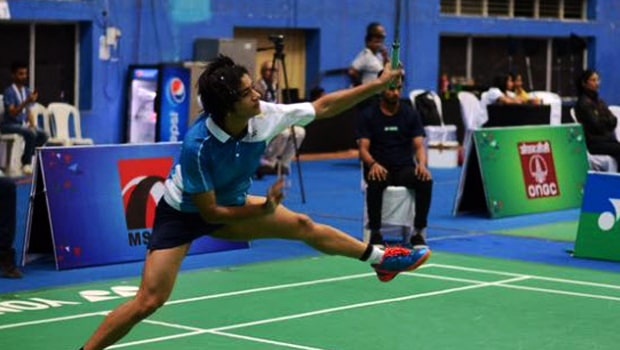 Indian Badminton star Malvika Basnod receives full support in the event of her Badminton career. The previous year [2019] was nearly a perfect one for the brilliant badminton player.

She ended the year on a high note when the Badminton World Federation [BWF] ranked her 169th based on the current updated rankings on December 31st. This feat was an achievement for her.

The ranking pushed the 18-year old to the 169th position massively by-passing 283 spots from a lowly 452 in the women’s singles world ranking. Malvika achieved all these in the space of three months when she made her international debut in the senior category when she participated in the Maldives International Future series Tournament in September.

And in addition to that, she also bagged a lucrative five-year contract Vishvaraj Infrastructure LTD. (VIL). Furthermore, the young Malvika performance didn’t go unnoticed as the GoSports Foundation made promises to help boost her career.

The Teenager is happy with the latest development and has the belief that it will go a long way in spearheading her career.

In an exclusive interview, she revealed that she would be forever grateful to the GoSports Foundation for supporting her. She said; its a modern organization with beautiful visions and I am delighted that I have been chosen. I have made the selection into a long term athlete development programme based on performance in the national and international tournaments,

Malvika currently trains at Raipur under the tutelage of chief national junior coach Sanjay Mishra as she looks to claim a spot in the senior Indian side soon.

The upcoming all India Senior Ranking tournaments which begin at Bengaluru from January 7th to 13th and 15th January-20th  in Goa respectively are the selection trials for the Indian team that will compete in the Asian Badminton Championships next month.

She [Malvika] paid tribute to her coach by appreciating him in helping her improve her game and extends her appreciation to MBA President Arun Lakhani, which without them, she wouldn’t have performed well.