Home » Badminton » Sindhu, Sameer head into the quarterfinals; Prannoy bows out from the Thailand Open 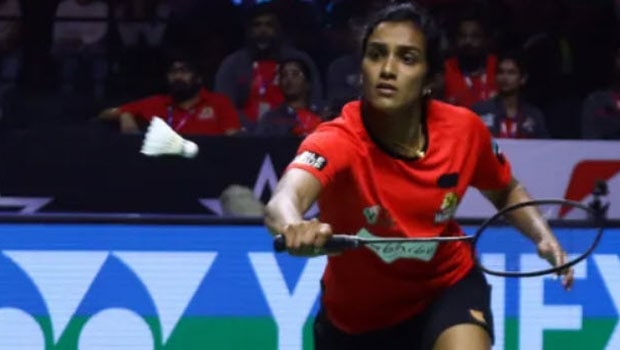 PV Sindhu continued her rich vein of form as she entered the quarterfinals of the Toyota Thailand Open on Thursday. The Indian shuttler defeated Malaysia’s Kisona Selvaduray in straight games 21-10 and 21-12. Sindhu was always in control of the match as it ended in only 35minutes.

Earlier in the tournament, she had defeated Busanan Ongbamrungphan on Tuesday in her first-round match and now with this win, she will head into the quarterfinals of the Super 1000 tournament. “The first game was pretty easy and in the second, I had to play with the wind and really control my strokes. I made some simple errors in the second game and they were ones I should not have made at all. There was too much wind in the second game and I was being careful,” Sindhu said.

“I was remembering last week’s tournament and each point was really important for me. We all win and lose, so I took last week in a really positive way and came in much stronger this week. Overall, it’s a good win and I’m really looking forward to the next round.”

While Sindhu reigned supreme for India, HS Prannoy went down fighting in his second-round match against Malaysia’s Liew Daren. The shuttler from Kerala gave a tough fight against Daren but was defeated 17-21, 18-21 in a 40-minute encounter.

He braved his injury and defeated Jonatan Christie in the first round 18-21, 21-16, 23-21 in a long and excruciating game. However, his journey now ends with the defeat in the second round.

Meanwhile, India’s mixed doubles duo of Satwiksairaj Rankireddy and Ashwini Ponnappa have also followed Sindhu to the quarterfinals of the tournament. The pair had a very exciting game against the German duo of Mark Lamsfuss and Isabel Herttrich as the game ebbed and flowed in both directions. While Satwik and Ashwini won the first game, the German pair came back roaring to win the second. But the Indian pair kept their calm and won the decider to progress through to the quarterfinals.

There was more joy for the Indian fans as Satwiksairaj and his partner Chirag Shetty won in the Men’s Doubles against South Korean pair of Choi Sol-Gyu and Seo Seung-Jae in straight games. Lastly, Sameer Verma also eased past Denmark’s Rasmus Gemke 21-12, 21-9 to enter the quarterfinals. Verma will now face world number three Anders Antonsen for a place in the semi-finals.

“I was very confident before the match. I came prepared. Next up I have Anders Antonsen from Denmark. I’m feeling very confident, so let’s see. It will be tough but I will play my best,” Sameer said.