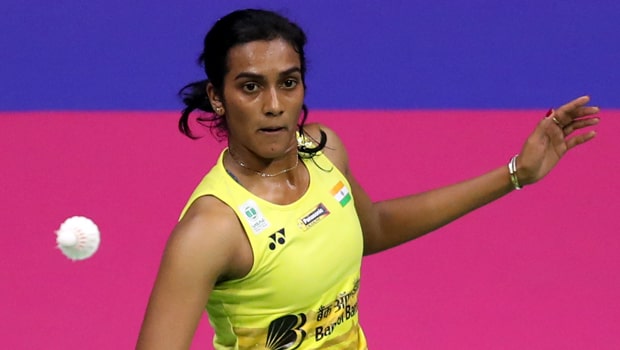 Indian Badminton star and World Champion P.V Sindhu led Hyderabad Hunters to their first win of the fifth edition of the Premier Badminton League as they dispatched Awadhe Warriors at the Babu Banarasi Das Badminton Academy on Sunday.

Former Champions Sourabh Verma and the mixed doubles pair of Vladimir Ivanov and Sikki Reddi produced a brilliant and flawless display to add wins to the Hunters.

The Badminton crowd to their much delight saw Sindhu’s master class display as she defeated her opponent, Tanvi Lad from Awadhe  15-8, 15-8.

Sindhu, who won silver at the Rio Olympics in 2018 was in total charge the start as she cruised to an 8-1 margin.

Tanvi lad tried to lure Sindhu closer to the net as she made an effort to avoid the world number 6 from bashing her with her hot smashes in the second game.

With that brilliant tactics, she was close to within three points of catching up with Sindhu at 6-9, but fortunately for her [Sindhu] she quickly widened the gap the more to claim a comfortable win over counterpart to win the game.

Sindhu revealed after the match that she was thrilled after the win and the crowd was showing their total support despite her playing against the home team [Awadhe Warriors] and the atmosphere was what made her do more.

Sourabh earlier had to work hard for a win as he defeated Awadhe’s, Subhankar Dey. Furthermore, Verma who cruised to the Syed Modi International at the same venue couple of months ago, had to bounce back after losing the first game to record a close call of 14-15, 15-12 and 15-10 respectively.