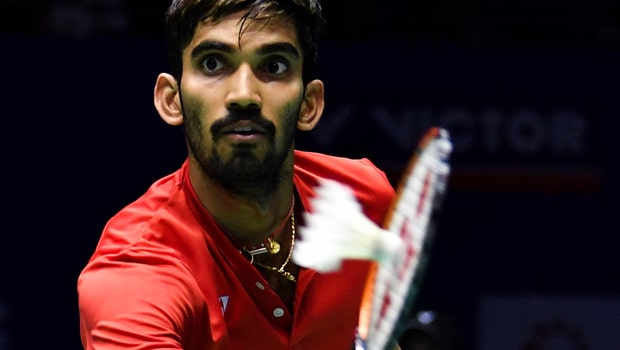 Indian star shuttler Srikanth Kidambi clinched a historic silver medal at the BWF World Championship after he suffered a heartbreaking loss against Singaporean shuttler Loh Kean Yew in the finals. Srikanth became the first-ever Indian male shuttler to reach the finals where he was defeated in straight games 15-21 20-22 by the Singaporean in only 43 minutes.

“I cannot really think. At the start of the year, I just didn’t think this would happen. I’m very very very happy,” the Badminton World Federation’s (BWF) website quoted Loh Kean Yew as saying after the intense finale clash.

The 24-year-old Singaporean shuttler also lauded Srikanth Kidambi and highlighted how he had to go through drills to counter the former World No. 1’s great attacking nature. “Srikanth’s a great attacking player, I had to prepare to defend well. It wasn’t easy to handle the pressure. I just tried to calm myself. I managed to stay patient,” Loh Kean Yew added.

The youngster toiled hard after some below-par performances. He highlighted how he was out of touch and there were opinions on how he is far away from the top players. Those opinions motivated him to try harder and develop his craft. Today he can retort back to his doubters with a gold medal at the BWF World Championships.

Loh Kean Yew also revealed how he was training with Olympic Gold medallist Viktor Axelsen to get better and that has helped him a lot in this tournament in Huelva, Spain.

“Bangkok (Asian Leg) was a wake-up call after not having a lot of competitions, it told me I was far away from the top players,” said Loh Kean Yew.

“So that motivated me to train and prepare for the Olympics. After that, I trained with Viktor (Axelsen) and gained experience and I’m very happy to achieve this,” he added.

Loh Kean Yew becomes the first shuttler from Singapore to claim the gold medal at the BWF World Championships.

Coming to his match against Srikanth Kidambi, the Singaporean started slowly and was trailing in the first game at the break. But once he settled those early nerves he showed his true colours. The 24-year-old was far more agile than the Indian and his court coverage was also way more superior. He won the first game 21-15. The second game however had a lot of ebbs and flows as Srikanthg had the lead for a considerable amount of time but simply could close it down. Loh Kean Yew saw a window of making a comeback late in the second game and he grabbed with both hands. He won the second game 22-20 and became the first shuttler from Singapore to achieve this feat at a World Championship.