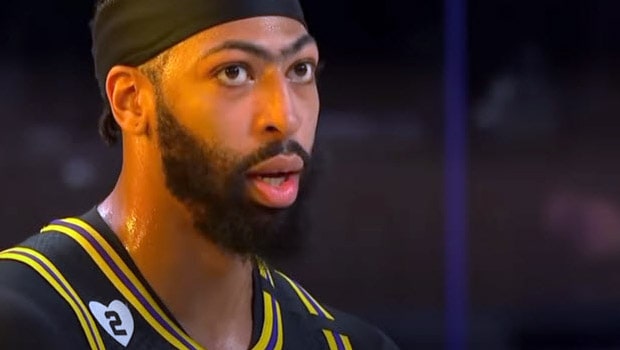 The LA Lakers superstar Anthony Davis is growing in stature with every passing game. Davis has been the cynosure of all eyes after his impressive performances and he has played a key role in the success of the LA Lakers along with LeBron James. The duo have complimented each other and have played at the top of their game.

Davis was at his absolute best for the Lakers in the second game of the Western conference finals against Denver Nuggets. The Nuggets had taken a one point lead in the dying seconds of the match but Davis came up with a three-pointer buzzer beater to help his team clinch the thrilling contest by 105-103 and take a 2-0 in the series.

The 27-year old was the star of the show for the Lakers as he top-scored with 31 points. Furthermore, he registered nine rebounds in the second game. In fact, Davis was also at his best in the first game of the Western conference finals as he had top-scored with 37 points to help his team win 126-114.

After his match winning buzzer beater, Anthony Davis received praise from all corners of the world. Former NBA legend Dwayne Wade also didn’t hold back and took to his Twitter account to praise the star player. Wade added that Davis is playing like the future MVP of the league.

Dwayne Wade wrote, “Anthony Davis just shut us all up. Wow! That was Big. He is playing like the future MVP of this league.”

The third game of the series between the LA Lakers and Denver Nuggets will be played on Wednesday.