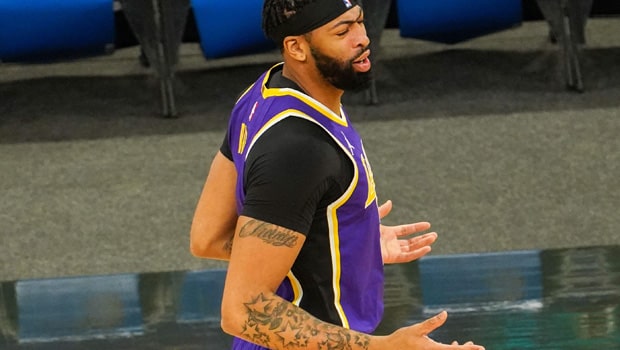 LA Lakers linchpin Anthony Davis has certainly shown the skills to go a long way in his career. Davis is one of the pivotal cogs in the Lakers’ wheel and he is expected to play a major role in the team’s win. Meanwhile, Davis was troubled by Achilles Tendon’s injury in the previous season and averaged 21.8 PPG in the 36 matches he played.

Davis has made a decent start to the ongoing season as he is averaging 25.6 PPG in the first three matches of the NBA 2021-22 edition. The 28-year old also played a crucial role in the team’s maiden win of the season as he scored 22 points, eight rebounds, and two assists against Memphis Grizzlies. Furthermore, Davis has done justice to his defensive duties.

Former Lakers guard Michael Cooper reckons if Anthony Davis can play at the top of his game and remain injury-free, the team will have a good chance of going all the way providing the other players do what they are supposed to do. Cooper feels the Lakers will be almost invincible in that case if they tick the right boxes as a unit.

“Now if you remember when the Lakers were in the bubble, they had Howard and JaVale McGee. Anthony Davis didn’t have to play all those big minutes. Go out and be the players he’s supposed to be. I think he’s been put back into that situation. You don’t have to 38-40-45 mins. He needs to be the superstar the Lakers need to win,” Cooper said.

“He can get away to playing 60-65 games with some rest in between and that’s the luxury that the Lakers have. Anthony Davis will be the best player out there. When he’s on the court, he creates more problems than any player in the league other than Durant.” “Anthony Davis needs to be an MVP player. Because if everybody does their job and he does what he’s supposed to be the MVP player, Lakers cannot be beaten.”

Davis holds the key for the Lakers and he will look to keep delivering the goods for his team. The talisman scored 33 points against GSW in the opening match and then scored 22 against the Suns. The Lakers will next lock horns against San Antonio Spurs on Tuesday.