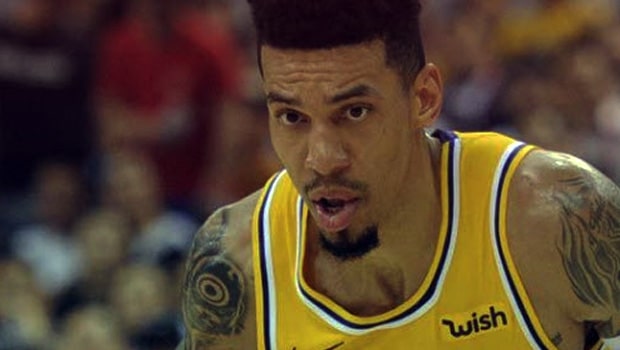 In this world of social media, it is not easy for players when they make mistakes in a big match. Memes are made and the players are relentlessly trolled for their howlers and it is a difficult job to handle all the hate. The LA Lakers’ Danny Green was on the receiving end of all the banter when he missed an open three-pointer against the Miami Heat in the fifth game of the NBA finals.

Green had a chance to close out the match and win the championship for his team but he couldn’t seal the deal. It was a genuine error from Green but the fans were having none of it as they went on to criticise the player for missing the big shot.

In fact, Green and his fiance even got death threats, which is hard to understand. It wasn’t the easiest of days for Green as he was taken apart on the social media platforms.

However, at the same time, Green had to leave game five of the series behind him and concentrate his energy on the sixth game of the NBA finals. He had a job to do for the team and it was imperative that he stayed in the right frame of mind.

Consequently, Green decided to block out the external noise and didn’t pay any heed to the social media platforms for a couple of days before the sixth game of the series.

Green made a roaring comeback in the fifth game as he scored 11 points to take the Lakers to glory.