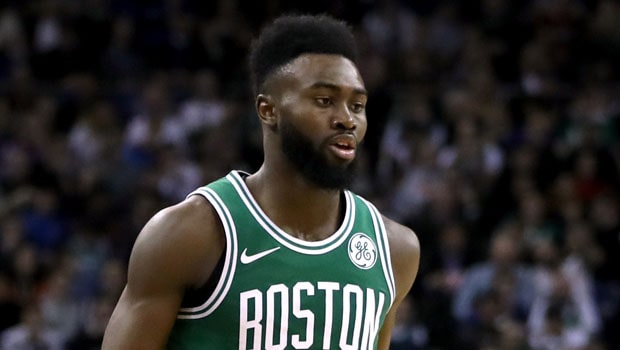 Boston Celtics had a difficult previous week as they had lost three matches on the bounce and the last two defeats came against their arch-rivals Philadelphia 76ers. However, the Celtics finally got back to winning ways as their talisman Jaylen Brown came up with the big performance against the Cleveland Cavaliers on Monday.

The Celtics thrashed the Cavaliers by 141-103 as they dominated from the get-go. As Jayson Tatum has been sidelined with Covid-19, the onus was on Jaylen Brown to see his team through against the Cavaliers and the linchpin didn’t disappoint. Furthermore, Kemba Walker supported Brown as he scored 21 points for the Celtics.

Brown top-scored with 33 points on a highly efficient 13-of-20 from the field. In fact, Brown registered these many points in only 19 minutes to write his name in the history books. Jaylen Brown scored the MOST POINTS in under 20 minutes played during the shot-clock era (1954-55)!.

Meanwhile, Brown has been in sublime form in the ongoing season and he has top-scored for the Boston Celtics in their last five matches. In fact, he has set a personal record of at leat 25 points in four consecutive matches.

Brown is averaging 27.3 points, 5.8 rebounds and 3.5 assists per game on 53.2 percent shooting and he has taken giant strides in his game, which is palpable. The 24-year-old shooting guard will look to continue the good show and keep delivering the goods for his team.

The Boston Celtics have won nine matches whereas they have lost six matches in the ongoing season. The Celtics will next face Chicago Bulls on 26th January.