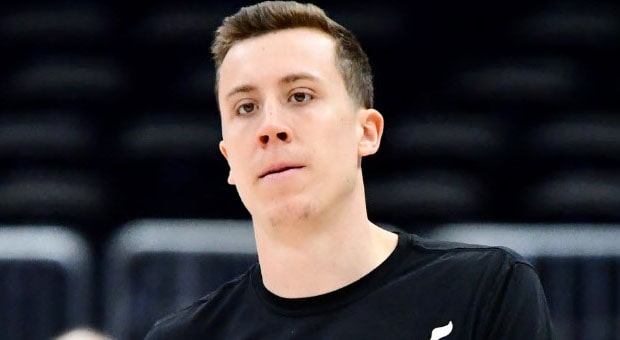 Miami Heat’s star player Duncan Robinson has impressed one and all with his shooting skills. Duncan had done a fine job in his rookie season for Miami Heat and since then he has played a key role in the success of the team. Robinson was also instrumental in taking the Heat to the NBA Finals in the previous season.

Robinson has a great accuracy in scoring the three pointers and it was all on display against Detroit Pistons. Heat defeated the Pistons by 113-107 on Tuesday with Bam Adebayo top scoring with 28 points. Adebayo also registered 11 rebounds and five assists as he came up with an all-round performance.

On the other hand, Duncan also contributed to the win as he scored 18 points. The 26-year old also scored six three pointers out of the nine he attempted.

Golden State Warriors talisman Stephen Curry, who is known as one of the best shooters in the game, scored 200 three pointers in the first 100 games.

Meanwhile, Miami Heat haven’t got off to an ideal start as they have lost seven out of the 12 matches they have played thus far. The previous season runners-up will next face Toronto Raptors on 21st of January.