Home » Basketball » I don’t go into the game and make it an individual thing: LeBron James rubbishes Stewart’s claim that Lakers star’s hit was intentional 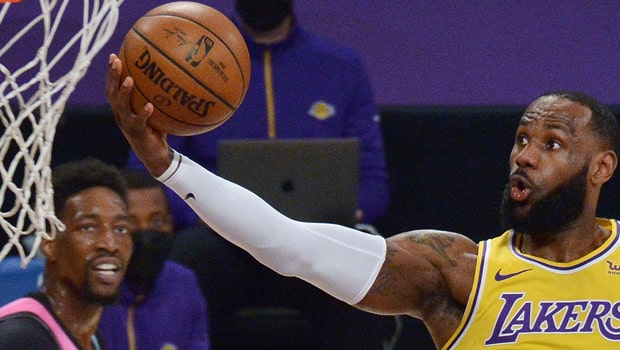 During the Detroit Pistons and LA Lakers’ previous match of the NBA 2021-22 season, there was a huge brawl between Isaiah Stewart and LeBron James. While trying to take a rebound, James hit Stewart just above the eye with his left hand, which left the Piston’s player with a cut, that led to blood.

Stewart was agitated after taking the blow and chased James everywhere on the court to get his revenge. In fact, this drama unfolded for more than a couple of minutes as both the players were kept at bay by their respective teammates and officials.

Following the brutal incident, Stewart claimed that James’ hit was intentional on him. However, King James denied such intentions and stated he doesn’t go into the game and make it an individual thing.

In an article published in USA Today, LeBron James was quoted as refusing Stewart’s claims. “I don’t go into a game and make it an individual thing. I saw his comments and he felt it was intentional or it wasn’t an accident. I’ll go on the record again and say it was (an accident),” said LeBron James.

“It wasn’t intentional at all. I’ve never been that player. I’ve never, ever tried to seek a face contact like that. It’s just not a part of my game or a part of basketball at all,” James continued.

Meanwhile, both LeBron James and Isaiah Stewart will once again be up against one another as Pistons will take on the Lakers on Sunday. It will be interesting to note how both of these players will control their emotions on the court.

On the other hand, James scored 39 points in a 124-116 OT win against Indiana Pacers and followed with another fine performance of 30 points against the Sacramento Kings. But his efforts went in vain against the Kings as the Lakers lost by 141-137 in OT.

Lakers currently have a 10-11 record and will look to replicate their previous successful meeting against Detroit Pistons.