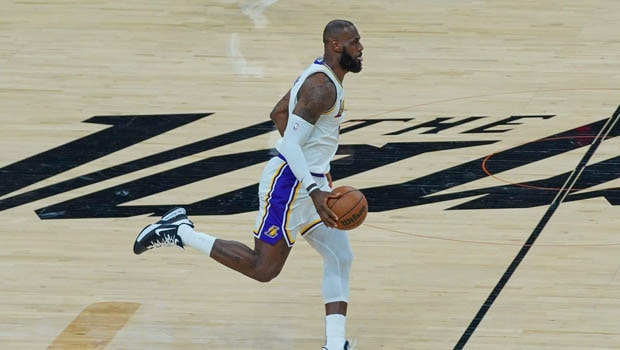 LA Lakers talisman LeBron James has been at his best in the recent past. James is coming up with unbelievable performances even at the age of 37 years and he is carrying the Lakers on his shoulders. The talisman scored 50 points against Washington Wizards on Friday night to take his team to a much-needed win.

The Lakers defeated Wizards by 122-109 at the Crypto.com arena as James was in the beast mode. In fact, this is James’ second 50-point game in the last three matches. The legendary player had scored 56 points against Golden State Warriors earlier in the week.

Furthermore, James scored 50-points or more in his career for the 14th time as he continued his rich form. It is well known that James likes to bring his best to the court every time he plays and likes to put on a show for the crowd. The home crowd filled the stadium with the loud chants of ‘MVP, MVP’ after James gave another magnum opus performance.

“They’ve seen so many great teams, so many great individuals. … So for me, being a part of this franchise, I feel like I just try to give them an opportunity to have memorable nights as well. “Try to give them something to cheer for, give them something to feel good about on a nightly basis, and I know it hasn’t been as great as they would like for it to be this year, but you take the small wins when they come.”

Moreover, James is now the first player in NBA history with multiple 50-point games after turning 35 years of age. Thus, the lynchpin continues to defy the odds to keep his legacy going.

“The thing that stands out to me is, like, the league has never seen a player at this stage of his career do what he’s doing,” Lakers coach Frank Vogel said. “I think that’s the biggest thing that needs to be recognized. It’s just unbelievable the level that he’s playing at.”

The Lakers will next face Phoenix Suns on Sunday.