Home » Basketball » I wish I would have known when I had taken the job how good Michael Jordan really was going to be: Former Bulls coach Doug Collins 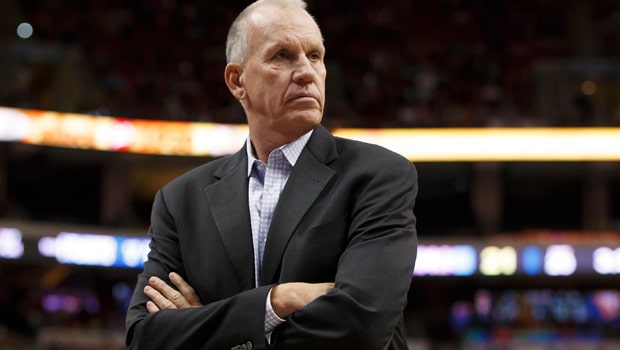 Legendary Michael Jordan is regarded as one of the best players to have ever played the game. Jordan was known to give his 120% on the court and hated losing. The talisman used to give his all and he was a nightmare for the opposition as he had incredible skills to single-handedly win matches for his team.

In fact, it is well known that Jordan also pushed his teammates to the limits and wanted them to be at their absolute best. The shooting guard was picked by Chicago Bulls in 1984 and he took the NBA by storm with his freakish skills.

Jordan entered the NBA after spending three years with Dean Smith. The talisman learned the nitty-gritty of the game while plying his trade at North Carolina and kept growing in confidence.

After breaking into the NBA, Jordan kept working hard on his game to become the world’s best player. Former Chicago Bulls head coach Doug Collins recalled his time coaching young Jordan and he said he wish he knew how good the talisman was really going to be in the formative years.

Collins also recalled that incident when Jordan came up with a blistering performance against Boston Celtics and Larry Bird compared him with God.

Doug Collins said: “I wish I would have known when I had taken the job how good Michael really was going to be.”

He continued, “I mean, Michael had just come off the playoffs where he had had a broken foot. During the year he had missed, I think all but 18 games. He then came back in the playoffs. And I mean the show he put on in Boston garden against the Celtics. I think Larry Bird had a comment one time he said the guy who I just played against god or somebody who was disguising himself as Michael Jordan.”

Jordan scored a match-winning 63 points in that game against Boston Celtics and blew away the opposition with his attacking skills. Jordan played at another level and he was definitely a once-in-a-generation player.