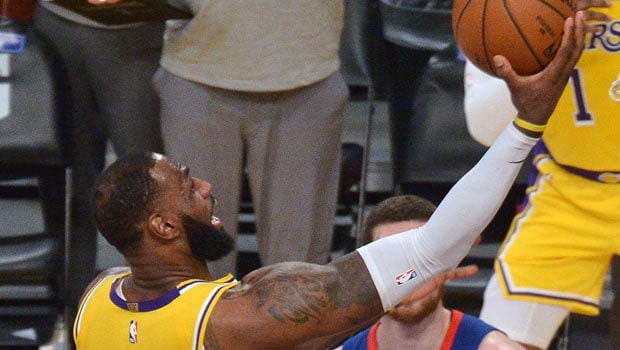 If you have LeBron James on your team, you have that ability – Frank Vogel confident of turning the tables

LA Lakers head coach Frank Vogel reckons it is important to peak at the right time in the NBA. Lakers haven’t yet found that impetus in the ongoing season as they have a 27-34 record and it will be imperative for them to get the right momentum before the playoffs if they qualify for the same.

We have seen in the past that some teams haven’t had a great run in the regular season however they have been able to turn the tables in the playoffs and Vogel is hoping for the same from his team.

Lakers have the experience of LeBron James to carry them forward but the team hasn’t played as a unit and will need collective effort in the upcoming matches. Lakers suffered another disappointing loss against Dallas Mavericks by 109-104 on Tuesday night and thus their horrid run continued.

However, Frank Vogel is not losing hope and he feels if his team can pick up the winning momentum, they would be able to turn the tide in their favor.

Frank Vogel said via Spectrum Sportsnet, “We have not seen with this year’s team, sustainable success and winning, we just have not seen it yet. It does not mean it cannot happen. We’ve seen throughout the course of sports history where teams have subpar regular seasons and catch fire at the right time.”

“If you’ve LeBron James on your team, you have that ability. So we’re maintaining our hope that we can continue to build our habits, get over this hump.”

Currently, it will be difficult for the Lakers to finish among the top six teams. Ergo, they would want to finish at either the seventh or eighth spot in the Western Conference, which will give them two more opportunities even if they lose their opening match of the play-in tournament.

The Lakers will next face LA Clippers on Thursday night.