Home » Basketball » It goes deeper than Basketball: Carmelo Anthony on his bond with fans at Madison Square Garden 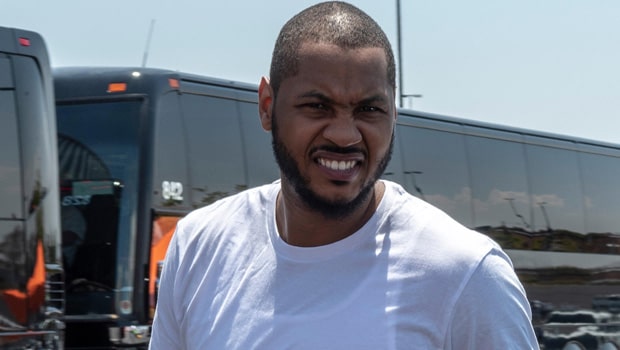 LA Lakers talisman Carmelo Anthony is looking forward to playing in front of his fans at Madison Square Garden when he will take on his former team New York Knicks. Anthony shares a great bond with his New York fans and said that he has always enjoyed playing at the iconic venue.

Anthony stated that the bond between him and the fans goes far deeper than Basketball and he will look to bring his best for the Lakers.

Anthony said while talking to Spectrum SportsNet, “I always look forward to playing in the Garden. Playing in front of the fans, whether with the Knicks or against the Knicks. For me that love is different, that fan base is different for me, here in New York, and like I said, it goes deeper than basketball.”

“They embrace me; I have embraced them, and I don’t think that bond between myself and New York City will ever go anywhere, so that is why I embrace it the way I do.”

Anthony also heaped praise on the current team of New York Knicks. The Knicks currently have a 9-8 record and are doing well under coach Tom Thibodeau.

Anthony added, “The Knicks are playing great basketball; they have some good energy. We know how Tib’s (Tom Thibodeau) teams are. They’re a very tough team. We know we have to come in, and put our hard hat on (Tuesday) night. It will be great to get a win at the Garden. I’ll tell you that.”

Meanwhile, Anthony will look to be at his best for LA Lakers against New York Knicks. ​​He is averaging 15.2 points per game, shooting 47.3% from the floor and 46.1% from the arc. Anthony has recently started in three games in the absence of LeBron James.

Anthony has made great use of his experience and his scoring ability has helped the team in winning some of the matches this season. LA Lakers had won their previous match against Detroit Pistons and will next face New York Knicks on Tuesday but will miss the services of LeBron James, who has been suspended for one game following his brawl with Isaiah Stewart.