Home » Basketball » It’s like this is a special chase: Stephen Curry on inching closer to Ray Allen’s three-pointers milestone 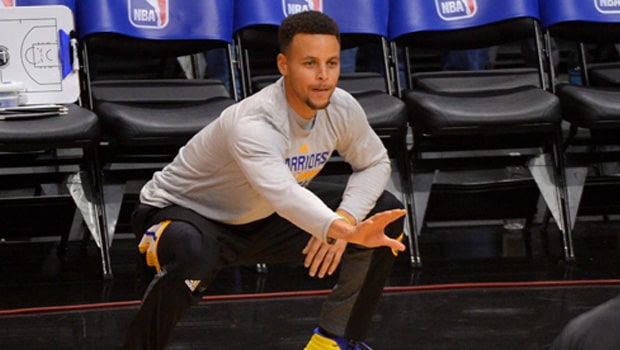 Golden State Warriors talisman Stephen Curry is on the cusp of creating history. Curry is regarded as one of the best shooters to have ever embraced the game and his ability to consistently score threes is second to none. Curry has made 2940 threes in his glorious career and he is only 33 threes away from leapfrogging Ray Allen’s record of 2973 threes in the regular season.

Cury has been in sublime form in the ongoing season and he has delivered the goods for the Golden State Warriors. If Curry continues to play in a similar fashion, it will take another 6-7 matches for him to surpass Ray Allen’s tally of most threes. Curry added that it is his honor to be in the big tier as Ray Allen.

Michael Wilbon of ESPN asked Steph, “37 threes to pass Ray Allen. Seems like you can do that in like two games the way you are going right now. How much do you care about the number?”

Stephen Curry replied: “Kind of blocked it out and then this year when it started it was like this isn’t, you know, the milestone, that’s ahead and just a matter of when. Now that we are under 50, it’s like this is a special chase. I remember watching the game when Ray passed Reggie and just and just feeling the emotions of it and understanding how big of a deal it was at that and, you know, 10, almost 11 years later, it’s me in that conversation. So it is pretty crazy to think about.”

Curry will look to continue his incredible form and keep coming up with great performances for GSW. On the other hand, the talisman also revealed what makes a bad shot. Curry added he mostly has confidence that the ball will go in if he is taking a shot.

“One that doesn’t go in. No, because, you know, if I am taking a shot, there’s a confidence that I can make it.”

GSW lost their previous match against Phoenix Suns and they will look to bounce back stronger on Friday against the same team.