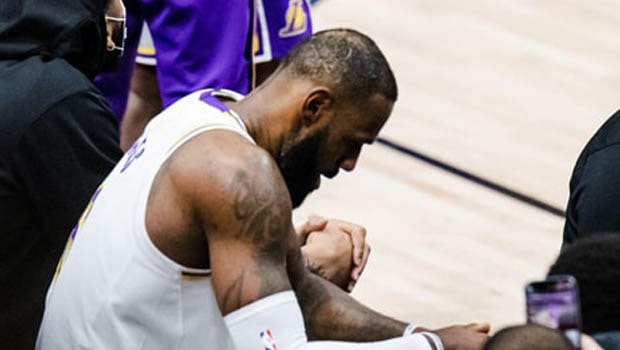 The LA Lakers haven’t been able to tick the right boxes in the ongoing season. They are now 11 wins below the 0.500 mark as they have a 29-40 record. The Lakers suffered another disappointing loss as Minnesota Timberwolves bested them by 124-104 on Wednesday. It was once again a similar story for the Lakers as they conceded 31 points in the first quarter and could only score 17 points by themselves.

Thus, the Lakers were always playing catch-up and could only outscore their opponents in the third quarter which they won by 31-19. Meanwhile, LeBron James didn’t have the best of nights for his team as he scored only 19 points and could only convert a single three-pointer out of the eight he attempted.

The Lakers have lost 16 of their last 21 matches and it is getting bad to worse for them. This was the Lakers’ third consecutive loss.

“I think every season for me is all about patience,” James said of the challenges of him leading his team. “And it is no different this year. I think it is just testing my patience a little bit more than any season in the last few years just because of the way we are playing and the losses are coming at a bunch.

“It’s testing your patience and how you can continue to keep the focus out on the floor, figure out ways how you can be better for your teammates and not fall into the notion of a losing mentality. … At the end of the day, I would never, ever put myself in a position where I feel like I am losing, even when I lose a game.”

Lakers haven’t been able to come up with a collective effort in the ongoing season and it has led to their downfall in the season. On the other hand, the Lakers were also on the receiving end of Timberwolves’ trash talking but Russell Westbrook added he doesn’t pay any heed to it.

“I honestly don’t pay no mind to it,” Westbrook said of the Wolves talking smack. “Maybe the other guys [do]. But they weren’t talking to me. They were talking to individual guys particularly, but the trash talking doesn’t bother me any.

“Nobody over there has done anything in this league that would make me pick my eyes up, like, ‘Oh, they’re talking mess. Let me respond.’ No. It’s fine. They’re good. They won the game. Happy for them. Move onto the next one.”

LA Lakers will next face Toronto Raptors, against which they lost recently, on Friday.