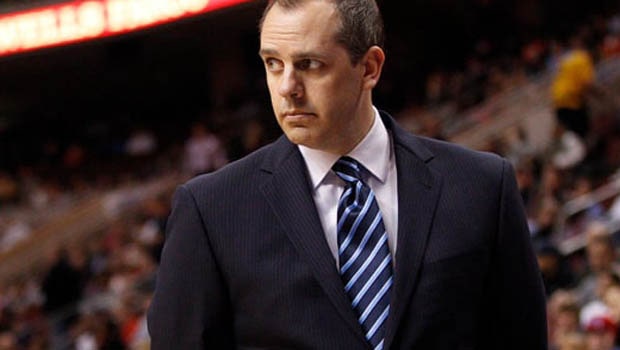 It’s time for Frank Vogel to go – Stephen A. Smith

Renowned NBA analyst Stephen A. Smith reckons it is time for Frank Vogel to be relieved of his LA Lakers duties. The Lakers have had a horrid season thus far as they have a 29-39 record and they are currently in ninth place in the standings.

The team has managed a solitary win in their last five matches and they have failed to achieve any kind of winning momentum in the ongoing season. The Lakers suffered a 114-103 loss against Toronto Raptors on Monday to continue their dismal show.

Smith feels Frank Vogel hasn’t been able to justify his role in the ongoing season for the Lakers as he hasn’t produced the results.

“It’s not that they’re losing. If you’re scratching and clawing, it’s nip and tuck but we’re able to point to injuries, that would be different. That’s not what’s going on here with the Los Angeles Lakers.

“We’re seeing a level of inefficiency, a level of ineptitude, a lack of spirit. It’s like these guys don’t know what it means to be Lakers. It’s Frank Vogel’s responsibility to overcome that.

“It’s not his fault, ladies and gentlemen, as it pertains to this roster and the position that they put him in. I’m not saying that Frank Vogel doesn’t deserve to be a head coach in the National Basketball Association. But I’ve seen coaches facing arduous circumstances with a roster that performed much better than he’s done as a coach.

Smith questioned the players’ enthusiasm and spirit for the franchise. The Lakers conceded 33 points against the Raptors and could only score 12 points themselves in the first quarter.

“LeBron James is your star. You can lose games, you don’t have to be 10 games under .500. You don’t have to give up 48 points in the first quarter and then follow that up by getting outscored 26-4 to start a game. There’s no spirit, there’s no enthusiasm, there is nothing. The Lakers are a shell of themselves. At this particular moment in time it’s embarrassing to watch this team.”

Lakers will next face Minnesota Timberwolves on Wednesday.