James Harden continues his sublime form to register another record 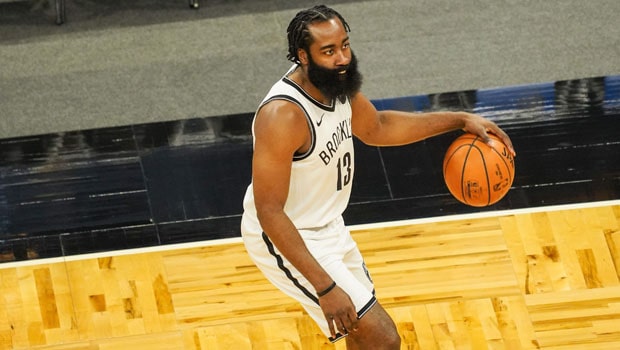 Brooklyn Nets James Harden has been a man on a mission since he has made the move from Houston Rockets. Harden has played at the top of his game and he has delivered the goods for the franchise along with Kyrie Irving and Kevin Durant.

As Kyrie Irving was off the floor, Harden’s role is that of a distributor and ball-handler. Harden was once again his absolute best against Portland Trailblazers as he scored 25 points and provided 17 assists. Thus, he was instrumental in the team’s 116-112 win on Wednesday.

According to ESPN Stats and info, James Harden recorded his 17th career game with 25 points and 15 assists, breaking a tie with Tim Hardaway for the 8th-most games all-time. He also became the first player with at least 750 points and 300 assists in his first 30 games with a team in NBA history.

Harden has been averaging 25.3 points per game in the ongoing season. Furthermore, the 31-year-old is averaging 7.9 rebounds, 11.2 assists, and 1.3 steals this season. Ergo, Harden has delivered the goods for the Brooklyn Nets.

Harden will look to continue the good show and keep delivering for the team. The shooting guard has played an instrumental role in the success of the team.

Meanwhile, Brooklyn Nets have a 30-14 record in the ongoing season and they look set to qualify for the playoffs. The trio of Kyrie Irving, Kevin Durant, and James Harden is doing a fine job for the team. The Nets are currently placed at the second position in the Eastern Conference standings.

The Brooklyn Nets will next lock horns against Utah Jazz on Thursday.