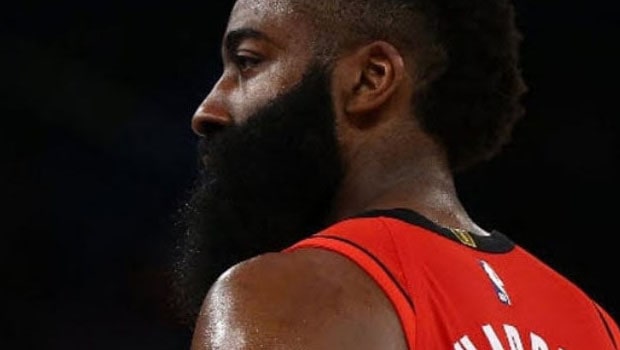 The Brooklyn Nets finally broke their two consecutive losses streak as they defeated the Miami Heat by 128-124 on Sunday. The Nets had lost their last two matches against Cleveland Cavaliers and it was crucial for them to bounce back. Kevin Durant was once again the star of the show for the Nets as the talisman top scored with 31 points.

Meanwhile, the Brooklyn Nets latest acquisition James Harden has also impressed since he has made his debut for the franchise. Harden has had a great start with Brooklyn Nets and he is doing a fine job alongside Kevin Durant and Kyrie Irving, who scored 28 points against the Heat.

However, Harden didn’t have a great game by his own standards as he could only score 12 points and 11 assists. Still, the 31-year old was able to match Russell Westbrook in an impressive record in the NBA.

“James Harden is the third player in #NBA history to reach double-digits in points and assists in each of his first five games with a new team, joining Russell Westbrook (first six with Wizards this season) and Deron Williams (first five with Nets in 2010-11).”

Harden has played at the top of his game since he has made his debut against the Orlando Magic on 17th January. If Harden continues to play in a similar fashion then he has a good chance of leapfrogging Russell Westbrook and Deron Wiliams’ record.

Harden is averaging 24.3 points per game this season and he will look to keep delivering the goods for the Brooklyn Nets. With Harden, Durant, and Irving all playing at the top of their game, the Nets have a good chance of going all the way.

The Brooklyn Nets will once again face Miami Heat on 26th January.