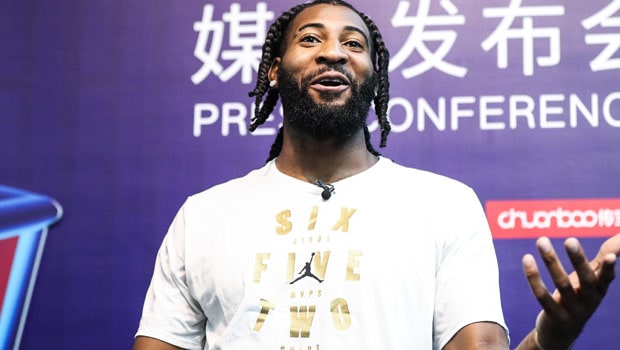 The LA Lakers have been troubled by a plethora of injuries in the recent past. The Lakers talisman Anthony Davis was ruled out after he suffered an Achilles Tendon injury. Subsequently, the Lakers suffered a huge blow as their legendary player LeBron James was ruled out for more than a month due to an ankle injury, which he suffered against Atlanta Hawks.

The Lakers then signed Andre Drummond, who was expected to add value and experience to the team in the absence of Anthony Davis and LeBron James. Drummond, who was making his debut for the Lakers against the Milwaukee Bucks on Wednesday, suffered a toe injury. The Lakers lost by 112-97 against the Bucks and they haven’t been at their best in the recent past in the absence of their big players.

Drummond revealed that Bucks center Brooke Lopez stepped on his toe, which caused the injury.

“I didn’t really think anything of it,” Drummond said. “I came back in the second quarter and it was hurting a little bit more. And then after halftime, I finally took my sock off to look and my whole toenail was gone. So, it was just all bad from there. I couldn’t walk or run. So I just told Coach [Frank Vogel] to take me out.”

Drummond was playing his first game after February 12 when he played for his former team Cleveland Cavaliers.

However, sources close to ESPN have confirmed that Andre Drummond will not miss more than a game or two for the Lakers with a right big toe injury. The nine-year veteran was officially diagnosed with a bruised toe, and X-rays taken at the arena came back negative, according to the team.

The Lakers will play their next match on Friday on the road against the Sacramento Kings.