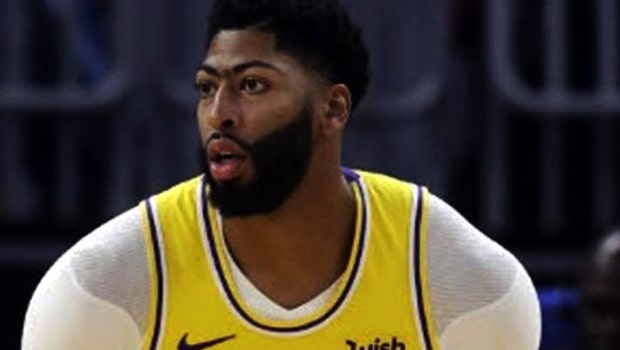 Lakers’ star Anthony Davis played a crucial role in the success of his team in their successful season. Davis teamed up with LeBron James and made a lethal partnership to take the Lakers all the way in the previous season. The 27-year old was playing his maiden season for the Lakers and brought his best to the table.

Davis has also revealed that Kevin Durant, Damian Lillard and James Harden are the toughest to guard in the NBA.

Davis said in an interview with Mark Carman, “I think KD is a guy who is very tough to guard. I think it’s him, Dame, and James Harden… They’re tough.”

Speaking on Kevin Durant, Davis revealed that it is difficult to guard him because of his height and skills.

“Especially KD, because he’s 6’11, 7 feet. Able to handle the ball, shoot extremely well, off the dribble, catch and shoot and put it on the floor. He can finish, he can pass. There’s just nothing that he can’t do.”

Davis feels not many players are better than James Harden when it comes to playing isolation ball in the NBA.

He said, “James, I think is the best isolation player in the game. Step-backs, the way he’s able to draw fouls.”

Furthermore, Davis added that it is difficult to defend against Damian Lillard because of his ability to score from any corner of the arc.

“And Dame, just the ability to sit across half court and shoot the ball. It’s tough to guard because you don’t know if you want to pick him up further, cross half court. You pick him up and he’s able to go right by you and make the right play.”

Meanwhile, the upcoming season of the NBA will begin from December 22 and Davis will once again look to deliver the goods for the Lakers.