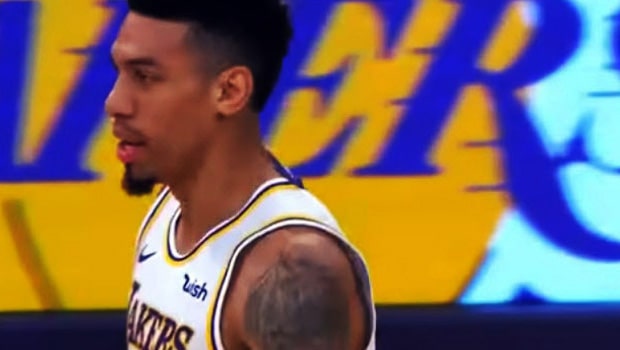 The LA Lakers star LeBron James is 35 years old but the King has proved time and again that age is just a number. James is one of the fittest athletes in the world and played a key role in taking LA Lakers to their 17th NBA title. The 35-year old had a complete season as he delivered the goods for his team.

This was the fourth NBA Championship for LeBron James and he was awarded the NBA Finals MVP for the fourth time in his glorious career. James has been an integral part of the LA Lakers and the amount of time he has spent on the court is unbelievable.

James has always worked hard on his fitness from the initial phase of his career and he is reaping all the fruits now. The champion player is known to sweat it out in the training sessions and he always gives his best to the team.

James has given special importance to fitness and it is one of the key reasons why he is currently one of the best players in the NBA. The amount of work James has put on his body is incredible and all the credit goes to his trainers.

Danny Green spoke to Lakers Assistant Coach Phil Handy on his ‘Inside the Green Room’ podcast.

Green said, “How he takes care of his body makes him superhuman to me. Because at the age he’s at, and how effective and healthy he stays. He plays every game, we might get a game off during the regular season. He plays at a high level, no injuries and wakes up the next day with a bounce, spritely… He’s got all this energy. “You’re 35, I’m 33 and I’m like my body, I’m ready to get out of here”.

LeBron James was on a roll in the 2019-20 season and he would aim to continue the same kind of form in the next season. James has shown that why is regarded as one of the best players in the game as he came up with complete performances.