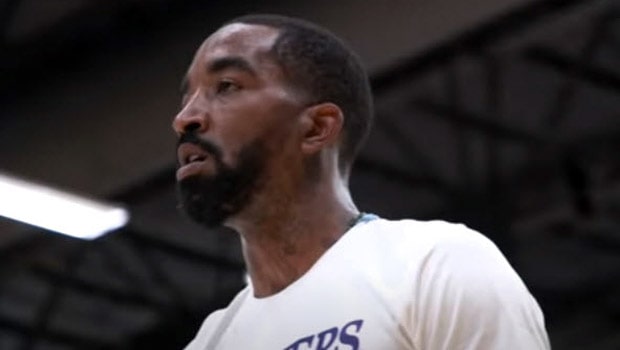 The LA Lakers are on the roll in the ongoing NBA season. The Lakers have been in sublime form and they are currently a force to reckon with for the opposing teams. The champion team had taken some time to find their impetus after the game had returned in the NBA bubble.

However, they have been unstoppable in the postseason. After cruising past the Portland Trail Blazers in the first conference round by 4-1, the Lakers replicated the same performance against the Houston Rockets in the conference semifinals.

Consequently, they were able to make it to the Western conference finals after a long gap of 10 years. They were once again at their absolute best as they obliterated the Denver Nuggets in the first game of the series by 126-114 with their star Anthony Davis top-scoring with 37 points. Davis also scored 10 rebounds whereas LeBron James provided 12 assists.

Both of these big players have been instrumental in the success of the team. However, J.R Smith has also been an integral part of the team. The 35-year old surpassed the record of legendary Kobe Bryant in the all-time three-pointers list in the NBA playoffs.

In the fourth game of the first conference round against Portland Trail Blazers, Smith had tied with Kobe Bryant’s record of 292 three pointers in the NBA playoffs. Smith got four minutes of play in the first game of the Western conference finals and it was enough for him to hit a three-pointer, which helped him overtake the legend.

The Lakers and Nuggets will play the second game of the series on Monday.