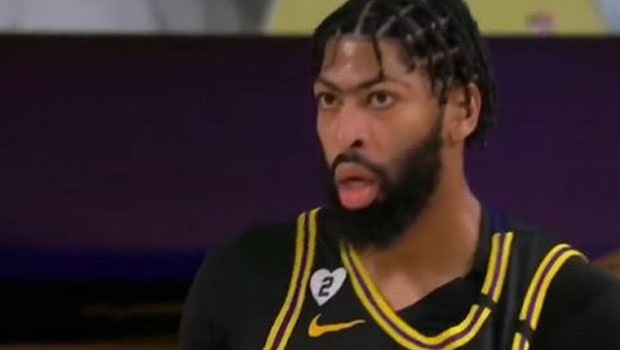 LeBron James and Anthony Davis are the pillars of strength for the LA Lakers. Both James and Davis were instrumental in the success of the team in the previous season and had taken the franchise to their 17th NBA title. The fans expect the duo to repeat their previous season’s performance and take their team to back-to-back titles.

James has once again shown his class and he is playing at the top of his game. However, his partner Anthony Davis hasn’t been at his best and he is yet to achieve his prime form.

LA Lakers lost their fifth match of the season and their first while being on the road against Philadelphia 76ers by the skin of their teeth 107-106. James once again top-scored for the defending champs as he scored 34 points whereas Davis scored 23 points.

However, Davis scored 5-of-10 from the FT line and the Lakers hardly managed to cross the 60% mark. In fact, Davis is averaging 71.1% from the FT line in this season, which is way below his career-average of 80%. But James has put his weight behind his teammate.

LeBron said, “Missed some shots that he’s accustomed to making. I think AD is in a pretty good rhythm right now & I think every gm is getting better & better for him, but it’s our job to give him the ball & I thought we did a good job at times. At times, we did not.”

Davis will look to get back at his best for the reigning champions and he has the support of LeBron James.

On the other hand, the Philadelphia 76ers came up with a brilliant performance as Joel Embiid scored 28 points whereas Ben Simmons scored a triple-double to help his team win the thrilling contest. Furthermore, Tobias Harris scored 24 points for the 76ers.

LA Lakers will next face Detroit Pistons on the 29th of January.