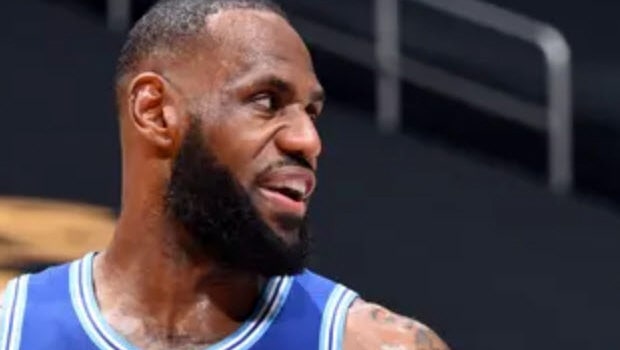 The LA Lakers legend LeBron James keeps going strong like a machine. James already has a plethora of records to his name and added another feather in his glorious cap in the match against Brooklyn Nets on Friday. Bron has created history as he has become the third NBA player to score 35000 points in the league.

Akron Hammer required only 15 points to reach the milestone before the big match against the Nets. The talisman achieved the landmark when 50 seconds were left in the second quarter as James had 17 points to his name at that stage.

James once again top-scored for the Lakers with 32 points and also provided seven assists. However, his efforts went in vain as the Lakers lost by 109-98.

Meanwhile, James became the youngest player to complete 35000 career points at 36 years and 50 days old. Furthermore, the linchpin also became the fastest to get to the milestone as he reached there in his 1295th match.

On the other hand, former legends Kareem-Abdul Jabbar and Karl Malone are the only two players to score more than 35000 career points. Jabbar is at the top of the pile as he ended his glorious career with 38387 points. He completed 35000 points in 1323 NBA matches. Malone ended his career with 36928 points and reached 350000 points in 1369 matches.

James will look to be at his best as it is now confirmed that his partner Anthony Davis has been ruled out for four weeks due to Achilles Tendon injury in his right leg. The talisman will want the support of his teammates and help the team bounce back in the coming matches.

The Lakers will next lock horns against the Miami Heat on Sunday.