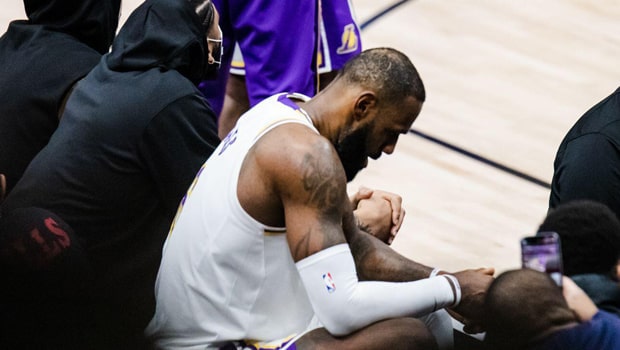 LA Lakers talisman LeBron James continues to break and make new records in the NBA. James, 37, is still going strong and he has proved on many occasions that age is just a number. King James still has a lot of fuel left in his tank and he is expected to keep going strong.

The linchpin is well known for his attacking skills and he is one of the best playmakers to have embraced the game. However, James also knows a thing or two about defense and he is equally effective in the back line of the court.

James has bagged another record as he entered another all-time top-10 in the NBA, surpassing Alvin Robertson for 10th place on the NBA’s all-time steals list after scoring four steals against the Atlanta Hawks. James now has 2113 steals in his ledger.

James was at his best as he dropped 32 points, shooting 13/24 from the field. Thus, LA Lakers convincingly won by 134-118 against the Hawks and registered their fourth consecutive win.

Meanwhile, Chris Paul is the only other active player, who is in the top-10 list of all-time steals. Paul has recorded 2402 steals in his career thus far and he is currently at fifth place.

On the other hand, former Utah Jazz legend John Stockton has the most steals in the NBA as he registered 3265 in his glorious career. Furthermore, former Chicago Bulls legend Michael Jordan occupies the third place as scored 2514 steals in his illustrious career while Jason Kidd takes the second spot with 2684 steals.

Meanwhile, the LA Lakers currently have a 21-19 record and they have won five out of their last six matches. Ergo, the team will look to continue their good show in the upcoming matches.

The Lakers are currently placed in sixth position in the Western Conference standings and they will next lock horns against the Memphis Grizzlies on Sunday.