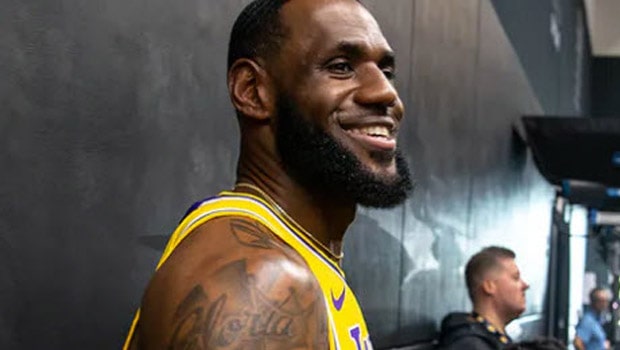 The LA Lakers superstar LeBron James has had a glorious career of 17 years and counting. James is currently 35 years old and he has proved that age is just a number.

The king is known to put in the hard yards in his training and he has reaped fruits for the hard work he has put on his fitness and training.

James had a breakthrough season for the Lakers and he was instrumental in taking the team to their 17th NBA title. The Lakers were also able to end their 10 year title drought after defeating the Miami Heat by 4-2 in the NBA finals.

This was the fourth NBA ring for LeBron James and he was awarded the NBA Finals MVP for the fourth time in his illustrious career. Ergo, James has written his name among the top players of the NBA.

James has all the experience under his belt and all of it was on display as he took the LA Lakers to glory. Furthermore, James’ work ethics are well known and he always gives more than 120% on the court.

Meanwhile, Bron’s former Miami Heat teammate Chris Bosh has heaped praise on the fitness of the superstar. Bosh stated James has put a lot of work in his body in the initial stages of his career and he is now reaping the rewards for the same.

Chris Bosh said while talking to Club Shay Shay podcast, “He put so much into his body so early. Everybody is just now being able to see the benefits that he’s reaping. He’s put in so much work. He was stretching twice a day, working with a trainer when he was in his early 20s. I remember seeing him, and he has a guy that stretches him, and they’re doing tissue work. Even if I wanted to do it, I don’t know where to start. Just his foresight back then, to take care of his body and do the right things and invest in himself.

“Now he’s reaping the benefits, now he can combine the drive and physically being able to do it and compete for championships. Jordan and Kobe were playing well at 36, and he’s 35, so he’s looking to play like this till at least 37 and then see where he’s at after that. He’s put the time and work in, he’s made the sacrifices to keep playing ball at the level.”

LeBron James is one of the greatest players to have embraced the game. James’ hunger to get better and improve his game as well as his fitness, separates him from the rest.

The 35-year old talisman will look to continue the same kind of form in the next season and take the Lakers to another glorious season.