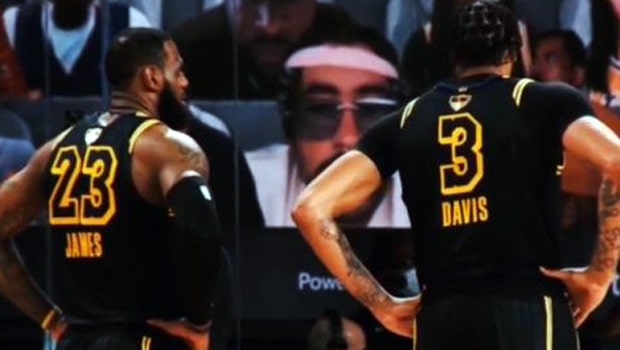 LeBron James and Anthony Davis both were instrumental in taking the LA Lakers to their 17th NBA title. James and Davis make a solid pair on the court and they were able to deliver the goods for the team. Both of them worked in tandem and played at the top of their game in the last season.

Meanwhile, LeBron James is regarded as one of the best players in the history of the game. James generally gets the praise from all the corners but he also has to take the criticism from the naysayers. Sometimes, people think that LeBron James is a selfish player and he gives his own records more importance than the success of the team.

However, Davis, who played his maiden season of the Lakers in the last edition, doesn’t feel so. Davis refutes all these claims and stated that James is a perfect team man.

Davis also added that the King always looks to get the best out of every player and he gets upset if he notices a lack of effort from any player in the practice sessions and in the match.

“People say he’s a selfish player, he wants to do his own thing, be the focal point and centerpiece,” Davis said on Da Windy City podcast.

“But I didn’t get that vibe from him. He’s really a team player. He gets so upset when guys aren’t playing to their (full) abilities because he wants them to be great.

“So when he knows you can play better… that’s when he’ll really get on you. It’s been great. I didn’t really know that about him. He wants the best for every player 1 through 15 on the roster.”

Meanwhile, there is no doubt that LeBron James is a selfless player and he wants to give his best every time he steps on the court. Bron is known to give his 120% and there is no scope of any kind of leniency on his part.

The talisman will look to continue his legacy in the next season. The forthcoming season of the NBA will begin from December 22.