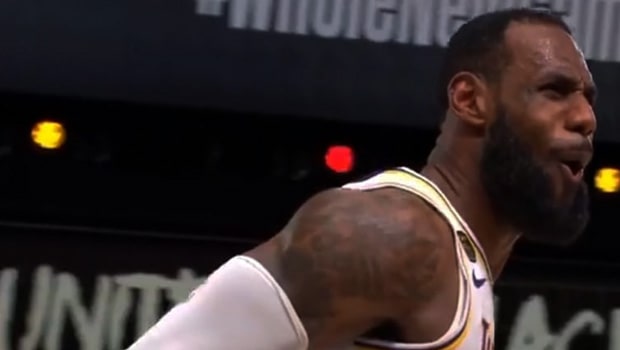 The LA Lakers clinched their 17th NBA title as they won the sixth game of the series against the Miami Heat by 106-93 to win the series by 4-2. It wasn’t a surprise that Lakers star LeBron James came up with another complete performance to take his team to glory.

The king scored 28 points, 14 rebounds and 10 assists to register his 11th triple double of the NBA finals.

This is the fourth time when James has won the NBA ring and also the fourth occasion when he won the NBA Finals MVP. The 35-year old was at his best throughout the season and lifted his game in the playoffs stages.

There is no doubt that James is one of the greatest players to have embraced the game of Basketball. Lakers head coach Frank Vogel, who has been instrumental in the development of James, was all praise for the legend. Vogel stated that LeBron James is the greatest player the Basketball universe has ever seen.

There is no doubt that James is one of the best players in the history of the game. The talisman had all the experience under his belt and he did a fine job in taking the Lakers to glory. Furthermore, Anthony Davis also played a key role in the success of the team.

James achieved many milestones during the 2019-20 season and he is certainly in the same league as Michael Jordan, Kobe Bryant and Magic Johnson. The linchpin would aim to continue the same form in the next season and it would be interesting to note if he can replicate the same success.