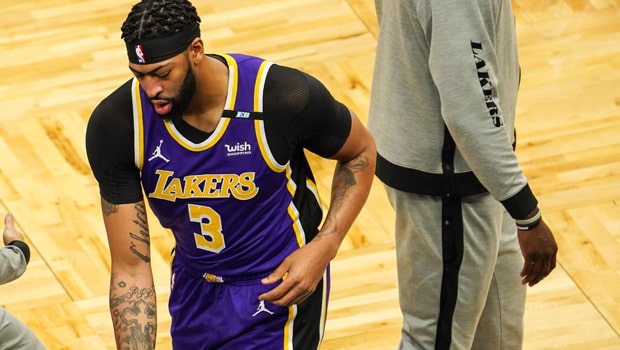 Los Angeles Lakers have suffered a huge blow as their talisman Anthony Davis is out for four months with an MCL sprain in the left knee, the team announced on Saturday. Davis suffered the injury in the Lakers’ 110-192 loss against Minnesota Timberwolves when Wolves forward Jaden McDaniels lost his balance and collided with Lakers’ linchpin.

The grimace was palpable on Davis’ face as he withered in pain after getting hit on the knee by Jaden McDaniels in the third quarter of the game. In fact, the 28-year old attempted to limp off the court but the cameras caught that he collapsed to the ground in the tunnel and he was seen in deep pain.

The Lakers conducted an MRI scan in Chicago on Saturday that revealed the sprain. In fact, Davis had missed only three games in the ongoing season and had played 27 out of the team’s 30 games. However, he is now expected to be ruled out for at least one month, which is a big blow for the team.

Davis had played 62 games in the 2019-20 season for LA Lakers and had played a key role in the team’s success of winning their 17th NBA Championship. However, the power forward could only play 36 games in the previous season due to his continuous troubles with injuries.

Davis is averaging 23.3 points, 9.9 rebounds, 2.9 assists and 2.0 blocked shots per game in the ongoing season and could only score nine points in the 20 minutes he played against Minnesota Timberwolves.

LA Lakers will next face Chicago Bulls on Sunday night in Chicago.