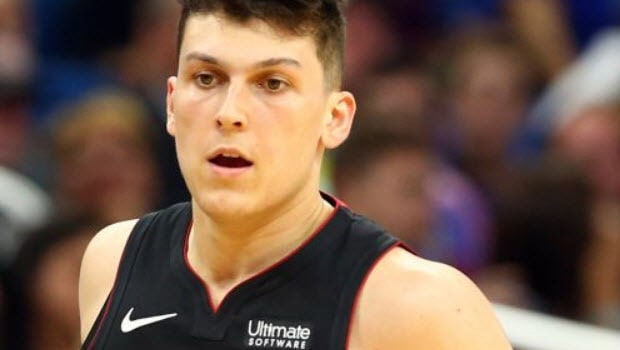 The Miami Heat have been in prolific form in the postseason of the NBA. The Heat had obliterated the Indiana Pacers by 4-0 in the first conference round. Subsequently, the Heat went past the Milwaukee Bucks by 4-1 in the conference semifinals to seal their finals berth against the Boston Celtics.

The Heat once again had the perfect start to the Eastern conference finals as they won the first two matches. However, they could not continue their domination as they lost the third game of the series by 117-106. Bam Abedayo was at his best as he scored 27 points, 16 rebounds and thus recorded a double-double for the Heat.

The Celtics played at the top of their game as they converted more than 50% of their shots from the field. Jaylen Brown was the top scorer for the Celtics as he scored 26 points. Jayson Tatum, who has impressed with his skills, added 25 points, 14 rebounds and eight assists and felt just short of the triple double.

On the other hand, the 20-year old Tyler Herro was at his absolute best for the Miami Heat. The rookie scored 22 points and also recorded four assists and three rebounds in the match. In fact, Herro scored 16 out of these 22 points in the second quarter as he was on fire.

Consequently, the prodigy joined the elite league with Kobe Bryant. The former LA legend had scored 17 points in a fourth quarter against the Utah Jazz on 8 May 1997. Thus, Herro 16 points is 2nd-most in a playoff quarter by a player at age 20 or younger since play-by-play began in 1997.

The fourth game of the series between the Boston Celtics and Miami Heat will be played on Thursday.