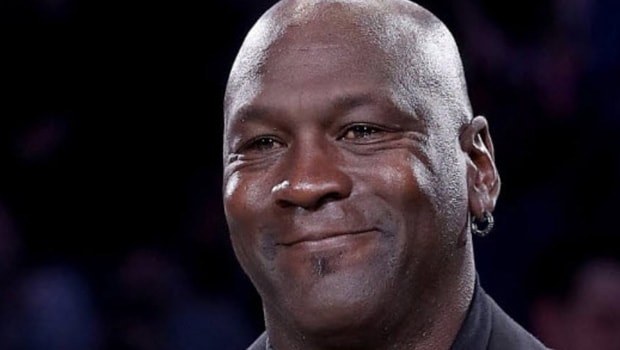 There is always a GOAT debate going on between Michael Jordan and LeBron James. Jordan won six NBA championships in his glorious career with the Chicago Bulls whereas LeBron James recently claimed his fourth NBA ring when he led the LA Lakers to their 17th NBA title.

Jordan is regarded as one of the best players the game has ever seen whereas James has also followed suit. Meanwhile, Jordan revealed an important piece of advice which he gave to LeBron James when he was struggling to win his maiden NBA title.

Jordan feels the first one is always the hardest and when a particular player wins it, the expectations and the confidence increases significantly. Jordan had to wait for seven years to lay his hands on the NBA trophy when he won it the first time back in 1991. The legend had to suffer heartbreaking losses against Detroit Pistons in the Easter Conference finals before his maiden victory.

Similarly the road wasn’t smooth for Bron either as he had to wait for nine years after making his debut to hold the coveted NBA trophy for Miami Heat.

Jordan revealed he told James that he should be patient for his maiden title and the expectation after the first title are completely different.

Michael Jordan revealed, “First one’s always the hardest. Then, as you get that first, the expectation comes, and now you have to live with those. Everybody says this is just an average year, they compare everything to me in terms of me winning in my seventh year. We had some tough battles, and once I got there, I never left.

“I think once he [Bron] gets there, the expectation is that he never should leave and I wish him the best for that.”

Meanwhile, LeBron James hasn’t looked back since winning his maiden title back in 2012 for the Heat. He has won a total of four NBA championships and he was awarded the MVP of the finals in the 2019-20 season.