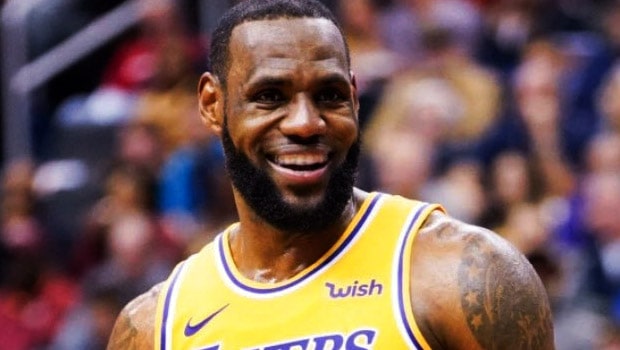 The LA Lakers legend LeBron James has been one of the most prolific performers of the team throughout the ongoing season. The Lakers booked their NBA finals berth after defeating the Denver Nuggets by 117-107 to win game five and thus took the series by 4-1. The Lakers have made it to the NBA finals for the first time since 2010.

No prizes for guessing that their superstar LeBron James was in beast mode as he scored 38 points in the match while shooting 60% from the field. James has mostly been the top performer for the LA Lakers and he has got the support from Anthony Davis.

The Lakers didn’t have the greatest return to the NBA bubble but they were able to get back in form during the playoff stages.

Meanwhile, some of the LA Lakers players were playing their maiden Western Conference finals and James decided to take the onus on his shoulder. Anthony Davis will play his maiden NBA final and James added he wanted to take the pressure as his shoulders are wide enough to carry the load of his team.

In fact, the King has all the experience under his belt as he is playing his 17th NBA season. It has been a glorious career for James and he would aim to add another title to his bag.

LeBron James said after the match, “My teammates said bring us home, and it’s my responsibility to try to make the right plays and do the right things out on the floor to help us win ball games. We have a few guys on our team that have never been to the finals before. So I took that responsibility as well. And my shoulders are wide enough to carry a lot of loads.”

James will be eyeing for his fourth NBA ring and he would like to deliver the goods in the finals. The first game of the series between Miami Heat and LA Lakers will be played on Thursday.