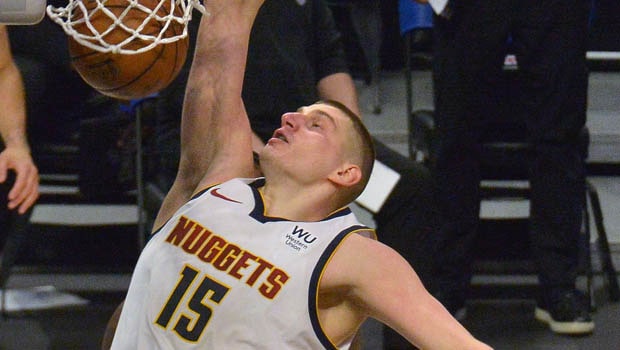 Golden State Warriors head coach Steve Kerr showered praise on Nikola Jokic after his team was beaten by Denver Nuggets by 124-131 on Monday night. Jokic continued his rich form as he scored his second consecutive triple-double after achieving the same feat against New Orleans Pelicans.

Thus, he has put his name in contention for this year’s MVP after bagging the coveted award in the previous season.

Jokic was delighted with his team’s performance as he said, “We did a good job today in sharing the ball and finishing, scoring-wise. We ran very well in transition. It’s always nice to have 30-plus assists (as a team).”

Kerr was full of praise for Jokic after his 32-point performance against his team.

“I don’t have a vote, but Jokic is just an unbelievable player and was spectacular tonight,” the Warriors coach said. “He makes his teammates better, he makes defense so difficult because no matter what you do he’s got a counter for it.”

On the other hand, Stephen Curry, Klay Thompson, and Andrew Wiggins were rested for the contest whereas Andre Iguodala and Gary Payton Jr. missed the game due to injuries. Kerr added that it gave a chance to the young guns to have some game time.

“Really good experience for our young guys, to be thrust into a position where they had to take on different roles, different responsibilities, competed and had a chance,” Kerr said. “That’s all you could ask, give ourselves a chance in the last few minutes, we just couldn’t close.”

GSW have now lost their last five matches and they have managed a solitary win in their previous seven games. Kerr’s team will next face LA Clippers on Tuesday night.