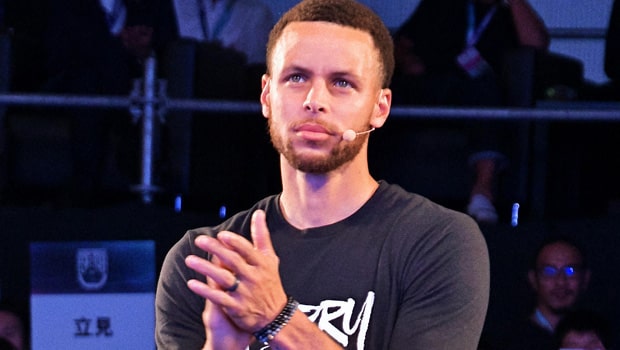 Golden State Warriors talisman Stephen Curry has made a stellar start to NBA 2021-22 season. Curry has been in fine form and he has been at his absolute best for GSW. The linchpin has top-scored in 13 out of the team’s 21 matches thus far. Furthermore, Curry became the fastest to score 100 threes in a season as he achieved the milestone against LA Clippers and bettered his own record.

The point guard has been averaging an astonishing 27.8 ppg, 5.7 rebounds, and 6.6 assists in the ongoing season in the 20 matches he has played. Ergo, Curry has already put his hat in the ring for MVP of the season.

Curry has won the award on two occasions and if he continues to play in a similar fashion, there is no doubt that not many players will be able to challenge him for the MVP award.

Shaquille O’Neal said while talking on Inside the NBA on TNT, “Right now he is the clear favorite for the MVP. Crystal clear.”

Meanwhile, the former Lakers player had recently revealed that Curry is one of his favorite players in the league for his consistent performances in the NBA.

“The reason why Steph is my favorite player is that I have never seen anybody do it as he does…I have seen real greatness. If you are not equal or above that, you get no props from me. Steph Curry, I’ve never seen it…I would actually go pay to see him. And the more I hate on him, the more he shuts me up.”

In fact, it is well known that O’Neal was not a big fan of Curry in latter’s formative years in the NBA. The four-time champion thought that Curry was taking too many risky shots in the early phase of his career. However, as Curry made a name for himself as one of the best shooters in the game, he gained O’Neal’s respect.

GSW’s seven-match winning streak was ended by Phoenix Suns as they lost by 104-96. Curry’s team will have an opportunity to take their revenge as they will once again face the Suns on Friday.