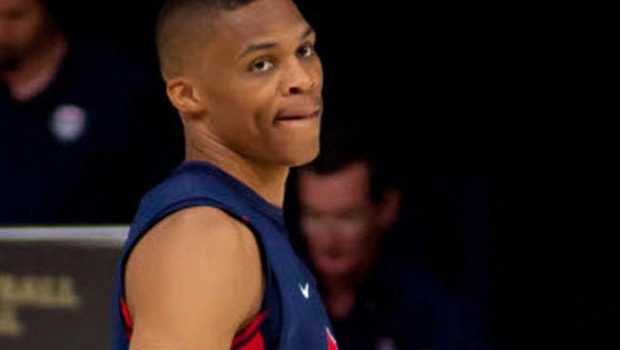 Washington Wizards talisman Russell Westbrook has been in sublime form in the first four matches of the season. However, the Wizards haven’t had a great start as they have lost all the four matches. The Wizards lost their fourth match of the season against the Chicago Bulls by 115-107 with Bradley Bear top scoring with 29 points for Washington.

Russell Westbrook continued to impress as he scored 21 points, 15 assists and 11 rebounds against the Bulls. With this another scintillating performance, Westbrook joins Oscar Robertson as the only players in NBA history to record three triple-doubles in their first three games of a season.

Oscar Robertson had achieved the same record back in 1961 while playing for Cincinnati Royals (now Sacramento Kings).

Meanwhile, Westbrook is currently averaging 19 points, 13.7 rebounds, and 12.7 assists per game, which goes to show his class.

However, Westbrook’s efforts have gone in vain as the Wizards have lost all the four matches. Thus, they will need to come up with a collective team effort in the coming matches.

Currently, Westbrook is making new records but the Wizards will need to come up with better performances to register their maiden win of the season. The Washington Wizards will next face the Chicago Bulls on 1st of January.