Sky is the limit for him: Stephen Curry’s college coach Bob McKillop 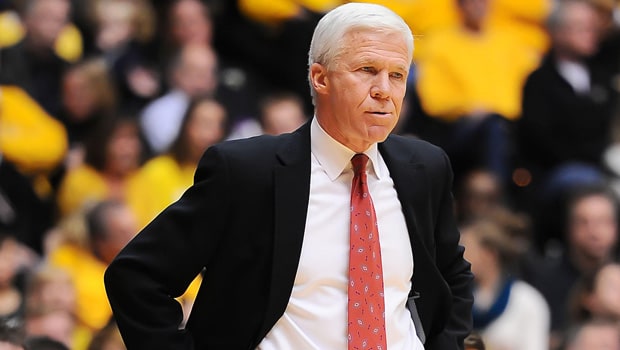 Stephen Curry is regarded as one of the best shooters to have embraced the game. Curry is well known for his three-pointers and he has broken a lot of records. The talisman has once again commenced the ongoing NBA 2021-22 season on a high for Golden State Warriors as he is performing at his absolute best.

Curry scored 40 points against Chicago Bulls as Golden State Warriors won by a huge margin of 119-93. The linchpin was at his best as Chicago Bulls defense had no clue about his onslaught. Curry scored 15/24 field goals and once again proved his mettle.

Stephen Curry’s college coach Bob McKillop, who has seen his ward rattle the opposition since his yore days, is not surprised to note that he is still going strong. McKillop stated that the sky is the limit for Curry and he has been a prolific scorer since his early days in Basketball.

Bob McKillop, said: “He bounces around like a young kid. I would never prejudge what Stephen Curry can do. The sky is the limit… I don’t know how long he can do it, but I wouldn’t even venture to guess.”

“He had this mysterious innocence about him, but he was an assassin with the basketball,” McKillop said. “I recall countless times where he’d be shooting a three-pointer and the guard was nowhere near defending him. I’d turn to the bench and say, ‘Don’t they know that’s Steph Curry?’ He answered that question so many times. And I see him do things now with the Warriors, and it doesn’t surprise me.”

“As much as it doesn’t surprise us, it energizes us. It validates, affirms everything we have known about him,” he said.

Curry is known to get the best out of himself and his accuracy to the basket is second to none. The 33-year old has made a prolific start to the season as he is averaging 28.4, 6.3 rebounds, 6.4 assists, and 1.6 steals. Courtesy of his incredible form, Golden State Warriors have a win-loss record of 11-1 and Curry has top-scored in eight out of the 12 matches his team has played.

GSW will next face Charlotte Hornets on Sunday and they will look to continue their domination going in the season.