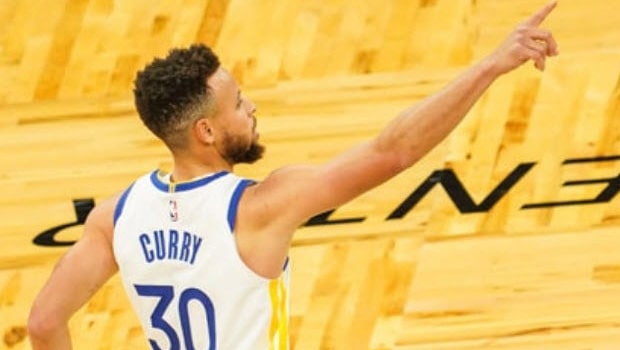 The All-star weekend is set to begin. Team LeBron James will take on Team Kevin Durant in what should be a fascinating game of Basketball.

Thus, the onus of shooting for James’ team will be on the shoulders of Steph Curry, who is regarded as one of the three-point shooters in the league. Curry has been the lone warrior for the Golden State Warriors in this season as he has done the lion’s share of the scoring for his team.

However, NBA Analyst Skip Bayless is not impressed by James’ selection of Steph Curry. Bayless stated that Curry hasn’t matched his own standards in this season as his shooting percentage has dropped down by two from 43 to 41.

Bayless said in the recent interaction with Undisputed, “LeBron wanted to play with Steph because he’s the ultimate shooter. Over his career, he has been, but this year, he’s not been up to snuff as a shooter. Because his career average from three is 43% and he’s 2% lower at 41, which by most human standards is still excellent, but he’s not been Steph.”

Meanwhile, Curry has been shooting 41.1% from 11.7 attempts per game. The talisman has the best shooting percentage in the league behind Zach LaVine but the latter attempts only 8.3 shots per game.

Curry has been in top form but the Golden State Warriors have lost their last three matches. The legendary player has been averaging 29.7 points per game this season.

The All-star game between Team LeBron and Team Durant will take place on Monday.