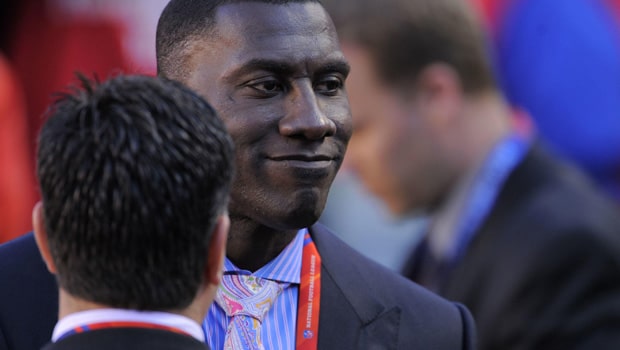 It is often noted that we compare the big players of different eras. Michael Jordan was one of the best of his generation and Golden State Warriors talisman Stephen Curry is currently one of the best players of this era. Curry is regarded as the best shooter of all time and he is only 10 triples away from leapfrogging Ray Allen’s record of most threes.

Curry now has 2964 threes under his belt and needs another 10 three-pointers to surpass Ray Allen’s record. The talisman scored 22 points, including six threes against Portland Trail Blazers in his team’s 104-94 win on Wednesday.

Recently, GSW head coach Steve Kerr, who played alongside Michael Jordan in the past, likened Curry with Chicago Bulls legend.

American Sports analyst Shannon Sharpe said he doesn’t have a problem with the comparison as Curry has reached all-time greatness level and it is routine for him to keep repeating his match-winning performances for the team.

Sharpe said on Skip and Shannon Undisputed, “I don’t have a problem with it, because Steph has reached all-time greatness. Because what he does now is just routine. It’s mundane. Kerr isn’t saying he’s MJ, but Steph is in that tier of greatness where we shouldn’t be surprised.”

On the other hand, Shannon Sharpe added that we expected Michael Jordan to give a sublime performance every time he stepped on the court as he set his standards high and took giant strides that he was expected to perform on every single occasion.

“We expected Michael to go out there and give us 30 on a night and give us a couple of highlight dunks, tongue out, hold the ball behind his back. That’s what we expected. The great is that after a while it became routine, it became mundane and that’s what has become of Steph. We say, if Steph makes six 3s, ‘Damn, what’s wrong with Steph?’ He’s made it possible for people to think that somebody should actually make 10, 12, 13 threes in a game. Steph Curry has reached that level of greatness.”

Curry will have a chance to go past Ray Allen’s record when Golden State Warriors will face Philadephia 76ers on Saturday night.