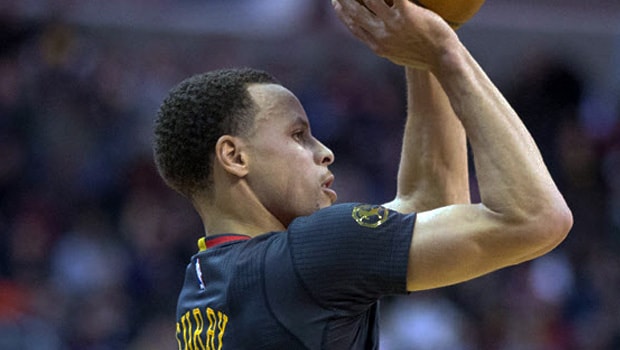 Stephen Curry already has two years left in the $201 million contract he signed with the Warriors in 2017 but, as per reports, they are already discussing to extend that contract further.

Curry spoke to the press on Monday after their first day of training camp and much to the relief of the fans, he revealed that he is already in discussion with the Warriors for contract extension.

“We have conversations,” Curry said via ESPN. “Everything’s on the table right now. Everything I’ve talked about about being a Warrior and what the future holds. Obviously [I’m] fully committed on what that is. And understanding I’ve got to do what’s right for me and the team and having those conversations. I feel blessed to be in that position where I can say that and truly believe that, so it’s a matter of just letting things play out the way they should and that’s kind of where we’re at right now.”

On top of his current contract, Curry is eligible for a $156 million contract extension that will start rolling from the 2022-23 season. Even though the December 21 deadline is coming up, none of the two parties are in a rush. Both of them have made their intentions clear. Curry still has two years left in his contract and he is going nowhere. The Warriors also intend to keep their contact intact with Curry.

In fact, Curry had mentioned in 2013 that he had the wish to retire with the Warriors and he reiterated the same on Monday, that his feeling hasn’t changed even a bit in these past seven years.

“Wearing the same jersey for as long as I can … that’s a huge goal,” Curry said via The Athletic.

“It’s an elite club of guys that you look at that have played with the same organization and been successful and achieved greatness in that respect. So that would be an awesome accomplishment. … But that also goes with: There’s a lot more to be accomplished on the court. And, again, I can’t fast-forward to what the end is going to be and not enjoy the moment, enjoy this challenge that we have in front of us and what I have left to accomplish as a player,” he added.