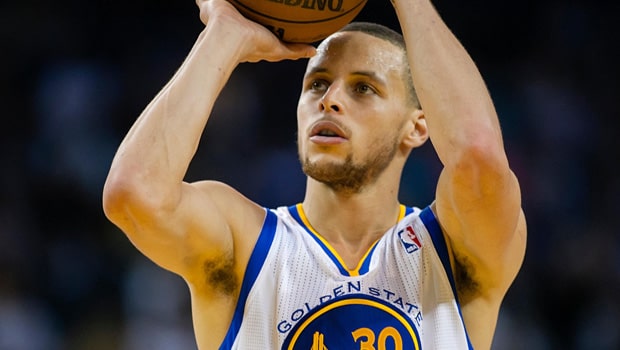 Golden State Warriors head coach Steve Kerr has heaped praise on Steph Curry. Curry, who is regarded as one of the best shooters in the game, came up with a prolific performance against Milwaukee Bucks on Tuesday night. The 33-year old veteran scored an insane 41 points against the Bucks as the Warriors came up with a 122-121 win.

Curry shot 14-for-21 from the field, scored six rebounds, and provided four assists to come up with a complete performance. In fact, Curry was up against Jrue Holiday, who is regarded as one of the best defensive guards in the league but the experienced campaigner was too good on the night.

“I thought he was just phenomenal,” Warriors coach Steve Kerr said. “I mean, Jrue Holiday’s one of the best defensive guards in the league, and I thought Jrue did a great job on Steph all night just pressing him, using his strength and physicality. And Steph still goes out there and gets 41. Pretty impressive game. Amazing.”

Kerr added that he has always seen Curry play with a lot of confidence but his game in this season has been mesmerizing. Curry has been averaging 29.7 points per game, 5.5 rebounds, and six assists.

“He’s playing with a ton of confidence,” Kerr said. “But it’s hard to say more than ever before because he’s always, ever since the day I got here, I’ve never seen him not play with confidence. I think the biggest thing for me watching him is he just looks stronger, physically stronger than ever. … I just think his body, his mind, everything is, it has really sort of peaked this season.

“It just feels like his awareness level, his understanding of the defenses he’s seeing, combined with the physical strength that allows him to get through a guy like Jrue Holiday tonight, or Brook Lopez at the rim, his strength is really impressive.”

Curry added that the aim to get better with every match and take the momentum forward. However, it has been a frustrating season for Golden State Warriors as they have a 24-27 record and are currently placed at the 10th position in the Western Conference standings.

“Absolutely,” Curry said. “Just trying to keep pressing forward, keep finding ways to get better. That’s the confidence and the mentality. And this has been a frustrating season overall, just with the inconsistencies and what our record is, but working through all of that and embracing the challenge has brought out, honestly, a new love for the game.”

The Phoenix Suns topped the Western Conference during the regular season but they failed to translat... Read More

Golden State Warriors could receive a shot in their arm as their talisman Stephen Curry might... Read More

LA Lakers star LeBron James is not losing hope as he continues his dream run in the ongoing s... Read More