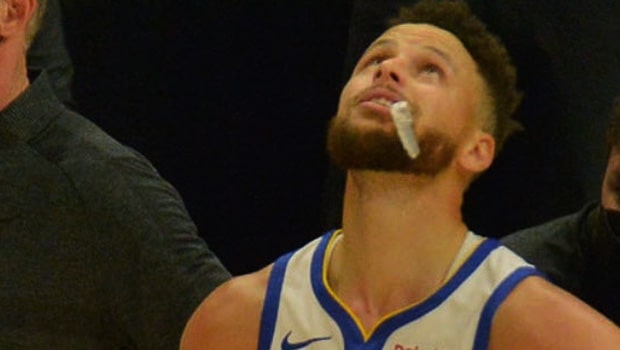 Golden State Warriors talisman Stephen Curry has made an impressive start to the ongoing season. Curry is playing at the top of his game and many NBA experts including Shaquille O’Neal feel he is clearly a front contender for the MVP of the season. The linchpin has already broken his own record of becoming the fastest to 100 threes in a season as he took only 19 games to do so.

Furthermore, Curry is hot on the heels of Ray Allen for the most threes in the regular season. Curry is only 23 three-pointers away from leapfrogging Allen’s tally of 2972 threes.

Meanwhile, Golden State Warriors have made a fine start to their season as they have a 19-4 record, courtesy of brilliant performances from Steph Curry.

The Warriors were able to get their avenge against Phoenix Suns as they won 118-96 with Curry top-scoring with 23 points. Thus, they were able to end the Suns’ 18-match winning streak. However, the Warriors were beaten by San Antonio Spurs by 112-107 despite Curry’s efforts of 27 points.

On the other hand, Klay Thompson is on his road to recovery and his return to the team is imminent. Thompson will add more value to the team and his chemistry with Curry, Poole, and Wiggins will certainly help the Warriors in taking their game to a new level.

Curry is delighted that Thompson will be joining the team soon and heaped praise on his teammate.

Curry said: “Thank god he still remembers how to shoot the ball. Got some change you know. Seems like he’s got a good pep in the step and good energy out there just his body movement and all that. It is hard to get a fell for like the speed and intensity, we all watched in all film. They showed a highlight package of I think the second scrimmage they had down in Santa Cruz. Looked he was just out there confident, having fun knocking them down.”

Golden State Warriors will next lock horns against Orlando Magic on Monday night.