Home » Basketball » They woke up the beast: Rony Seikaly recalls when Michael Jordan made Miami Heat

They woke up the beast: Rony Seikaly recalls when Michael Jordan made Miami Heat 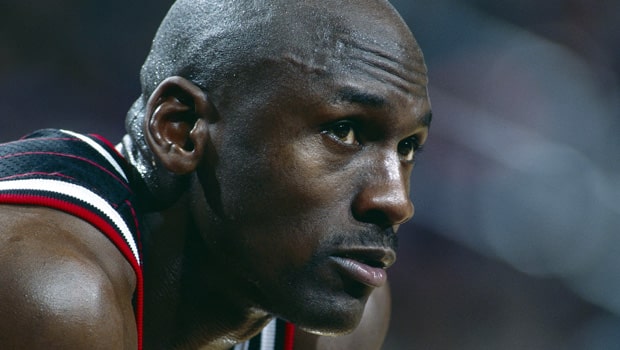 It is well known that former legendary player Michael Jordan loved the challenge on the court. Be it practice or game, Jordan was well known to give his 120% in his game. In fact, there have also been many instances when Jordan has single-handedly destroyed the opposition with his skills after he was triggered a bit by the opposition.

Jordan hated losing and always needed a push from the opposition to bring his beast mode. Former Miami Heat player Rony Seikaly recalled an instance when Jordan made his team pay. Jordan had played 36 holes of Golf before the first round of the Eastern Conference match against the Heat and Seikaly and his teammates thought that Jordan was not taking the game seriously and he would have been tired.

Glen Rice and Steve Smith, Seikaly’s teammates decided to poke a sleeping bear when they gave a look to Jordan after the talisman could not score a solitary basket in the first quarter and the Heat were leading by 15 points. What followed after that was history as Jordan flipped a switch and smashed 56 points to single-handedly obliterate the opposition.

As expected, the Chicago Bulls went on to win that game by a margin of 15 to 20 points as Jordan once again proved his mettle.

“He decided to play 36 holes of golf the same day we had a game,” Seikaly started off. “They were up 2-0. It’s the first game here at the arena. He goes scoreless in the first quarter. Glen Rice and Steve Smith, at the time, gave him a little look. Like he hadn’t scored a point, he had played 36 holes of golf, he’s not taking us seriously. We’re up 15, you cannot hear anything in the gym, it was so loud…”

Seikaly revealed, “These guys gave him a little look, and they woke up the beast. He ends up scoring 56 points in the next three quarters and they beat us by 15 or 20, or whatever.”

Jordan was well known to bring his best to the table and he used to humiliate the opposition especially when he was targetted by some of the players and the media. The legendary player used to be at his best when he was under a bit of pressure to perform.