This is the best LeBron I have ever seen – Dwyane Wade 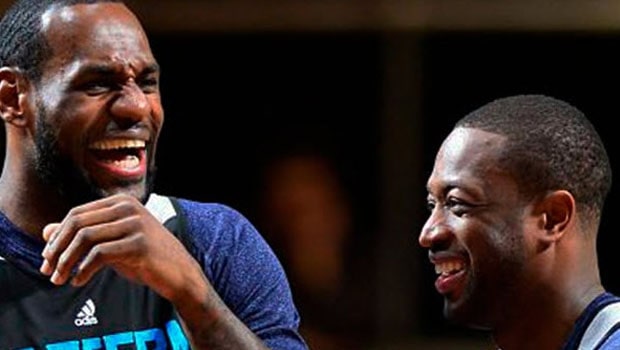 LA Lakers talisman LeBron James is one of the fittest athletes in the world. James is currently 36 years old but he has proved many times that age is just a number. The linchpin is delivering the goods for his franchise and he is getting better with every match.

James has always paid special attention to his fitness and he has been able to reap rewards for the same. The legendary player is currently playing his 18th NBA season and there is still a lot of fuel left in his tank.

Meanwhile, LeBron played with Dwyane Wade at the peak of his career when he used to represent Miami Heat. However, Wade believes that LeBron is playing at the top of his game in the recent past and he has kept getting better at his skills.

“He’s shooting in the high 40s now and his range is out to the logo. You know midrange, he can post you up, face yo up. Still going to dunk on you. His ability to see the floor is so much better now because he’s seen every coverage… I feel like this is the best LeBron I’ve ever seen.”

LeBron has kept improving his game and his hunger to keep working hard separates him from the rest. The champion had played a key role in the success of the team in the previous season and had taken the Lakers to their 17th NBA title.

James is once again showing his class in the ongoing season. He is averaging 25 points per game so far and he will look to continue the good show. LA Lakers will next play Denver Nuggets on the 5th of February.