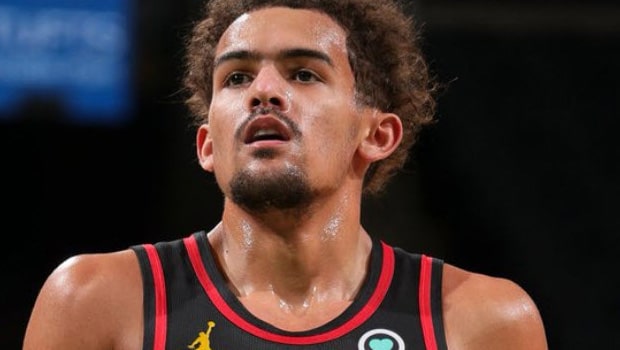 Atlanta Hawks talisman Trae Young has been a consistent performer for his team. Young has top-scored for his team in the last four matches and continued his great form in the match against Denver Nuggets. Atlanta Hawks were the underdogs against Nuggets but Young’s scintillating performance helped his team stun the opposition.

Young scored 35 points, 15 assists, 6 rebounds, and a steal to take his team to a 123-115 win against the Denver Nuggets. This was the 5th time for Young in which he scored 30 points and 15 assists in a particular match.

Trae Young has his 5th 30-point, 15-assist game, tying Luka Doncic for the 2nd-most by a player at age 22 or younger in NBA history. Only Oscar Robertson has more (8). Thus, both Young and Doncic have a good chance of leapfrogging Oscar Robertson’s tally.

On the other hand, Clint Capela also contributed to the Atlanta Hawks’ victory as he scored 22 points and 10 rebounds. Furthermore, John Collins scored 12 points and contributed with 11 rebounds.

Meanwhile, Jamal Murray top-scored for the Denver Nuggets as he registered 30 points whereas Nikola Jokic scored 15 points. But Hawks did well to keep Nuggets at bay.

Meanwhile, Trae Young will look to continue his good form for his team. The Atlanta Hawks will next lock horns against Cleveland Cavaliers on Wednesday.